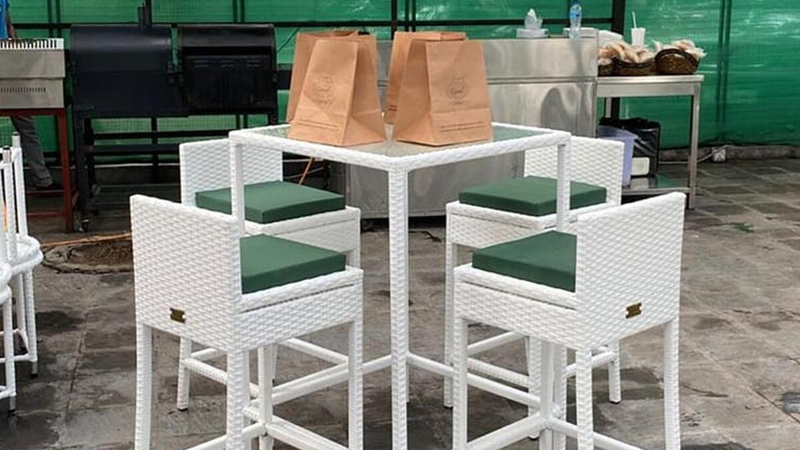 A video of two restaurant owners in Islamabad making fun of their manager’s broken English has been doing the rounds on social media.

The video opens with a woman named Uzma and her friend Dia, who decide to introduce the audience to their restaurant Cannoli’s staff because they are “bored”.

“Awais,” calls Uzma, and the camera pans to a suit-clad man who nervously says “Hi”.

“He’s our manager,” she says. “Dia, would you like to ask him a few questions?”

“How long have you been working for us?” Dia asks.

Dia adds that Awais was one of their first hires when they opened their cafe. When asked how many classes he took for English, Awais says he took three classes and each class spanned six months.

‘He’s our manager,’ she says. ‘Dia, would you like to ask him a few questions?’

As soon as the video went viral on Twitter, many users came forward to show their support for Awais and condemned his employers’ insensitive act.

A user shared the restaurant’s menu marked with mistakes like “Siracha (Sriracha)”, “caramalised (caramelised)” among others, and remarked if Owais had written the menu, too.

Another said that the existence of people like Uzma and Dia is a “tragedy” for the society.

Shahbaz Taseer, who requested his followers to help him find Awais’ number, said he spoke to him and offered him a post at his company.

Later, team Cannoli defended itself in an Instagram post and said the people “misconstrued their banter with a team member”.

They said they don’t need to prove that they are “kind employers”.