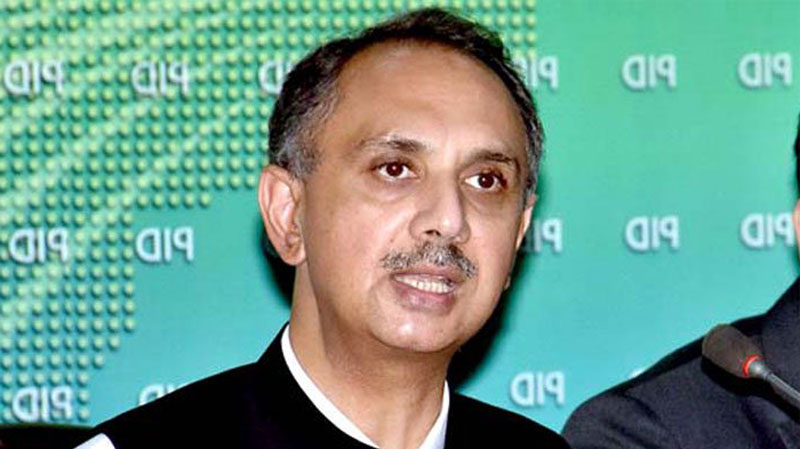 Federal Minister for Energy Omar Ayub on Thursday announced to increase per unit cost of electricity by Rs 1.95, adding that the government has paid Rs 473 billion subsidy to power sector during the last year despite economic crunch.

Addressing a press conference accompanied by Minster for Planning and Development Asad Umer and Special Assistant to Prime Minister for Power Tabish Gohar, he said the PTI government inherited capacity payments from PML-N government. The agreements inked by the PML-N government with power sector were on bad intentions and corrupt practices, he said. “Due to these agreements, the increase in electricity tariff was Rs 2.18 but the present government has decided to increase the rates by Rs 1.95 in per unit,” he added.

Omar Ayub said that the major reason of the recent power breakdown was technical in nature. A high-powered investigating committee comprising NTDC, NEPRA and the power ministry has been constituted to look into the reasons and to address the issues, he said. According to the preliminary investigation, six to seven officers/officials have been suspended. He said the inquiry report when finalised, would be submitted to the power committee besides sharing with media.

Speaking on the occasion, Special Assistant to Prime Minister (SAPM) on Power, Tabish Gohar said the government has taken a number of initiatives to bring reduction in circular debt. He said due to the initiatives of the present government, Re 1 to Rs 2 per unit will be reduced in prices of electricity in the upcoming years, adding that the government has made agreements with power sector as per law.

The SAPM said with coordination of provinces, federal government would take steps to control the electricity theft. He said deficiencies of power companies would be improved and their monopoly would be ended in next three to four years.

Minister for Planning, Development and Special Initiatives Asad Umar said that for the first time in a decade or more, the accelerated growth was being witnessed in major macro-economic indicators including current account deficit, large scale manufacturing industry and exports. “Exports of the country in December 2020 witnessed a record growth of 18.5 percent which is highest in a single month in 12 years,” the minister said.

He said 15 large scale manufacturing industries showed a sharp increase in November 2020 as it grew by 15 percent which was a record growth in several years. Similarly, he said spending under federal Public Sector Development Programme (PSDP) 2020-21 was also showing a healthy increase as the federal government spent a record amount of Rs 208 billion on development projects during first six months of the current fiscal year. “This amount is 32 percent of total development outlay for the year 2020-21 which is the highest in eight years,” he added.

He said the journey of sustainable development under the incumbent government was getting pace which would continue in coming years. Furthermore, he said that the government had also improved monitoring of projects. Likewise, Asad Umar said the Current Account Deficit had turned to surplus after decades. He recalled that the previous government’s performance was so poor that the deficit was expanding to over $ 2 billion a month.

He said the primary budget of the country was also in surplus that also was happening after several years. He said a few weeks ago, the government had announced industrial tariff and after that about 8 percent additional electricity was being utilized by the industries.