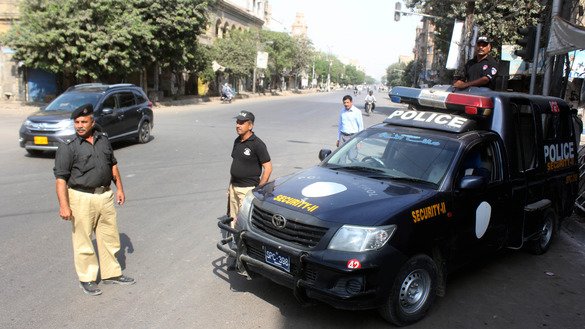 A young man was killed and three others injured in Faisalabad’s Dijkot area after failing to stop at a checkpoint.

A spokesperson for the police department said the young men were instructed to stop the car at a checkpoint but they had sped off. The police officers opened fire at the vehicle which resulted in the death of one while three others got injured.

The cops opened fire on the vehicle, killing one person and injuring three others. “The victim is identified as Waqas, who is a resident of Samandri area of the city,” they said.

The police claimed that Waqas and others in the vehicles had consumed alcohol.

The body and injured were shifted to a local hospital for medico-legal formalities and treatment respectively.

It is pertinent to mention here that incidents of the alleged involvement of police in opening fire on innocent civilians during snap checking have occurred in the country.