Tumultuous end to a chaotic era

* Biden says he has ‘much to repair, much to restore, much to heal, much to build and much to gain’
* Trump says he is leaving but will be back ‘in some form’
* Imran Khan looks forward to working with Biden for strong Pak-US partnership 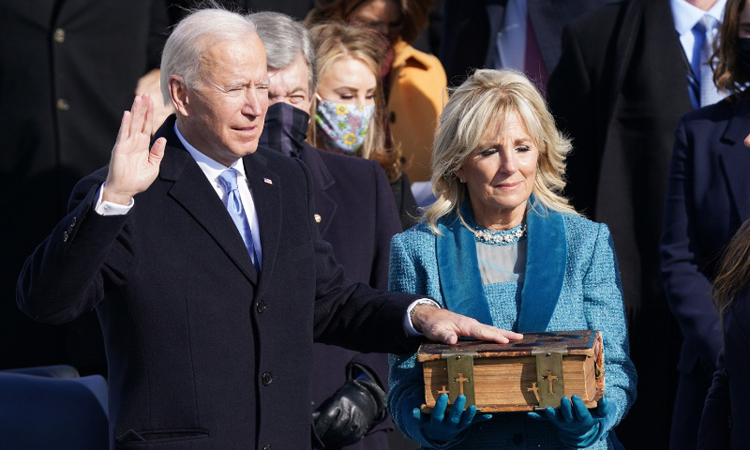 Democrat Joe Biden was sworn in as the 46th president of the United States on Wednesday, ending the tumultuous four-year term in the White House of Republican Donald Trump.

Biden, 78, took the oath of office from Supreme Court Chief Justice John Roberts at a solemn ceremony at the US Capitol which was snubbed by the outgoing president and took place in the shadow of a raging coronavirus pandemic.

Before Biden, Kamala Harris was sworn in as US vice president, becoming the first woman, the first Black person and the first Asian American to hold the office.

Biden became the oldest US president in history at a scaled-back ceremony in Washington that had been largely stripped of its usual pomp and circumstance, due both to the coronavirus and security concerns following the January 6 assault on the US Capitol by Trump supporters.

Following his oath of office, Biden celebrated his incoming administration not as a celebration of a candidate but a victory for US democracy, saying more work must be done to heal the nation. 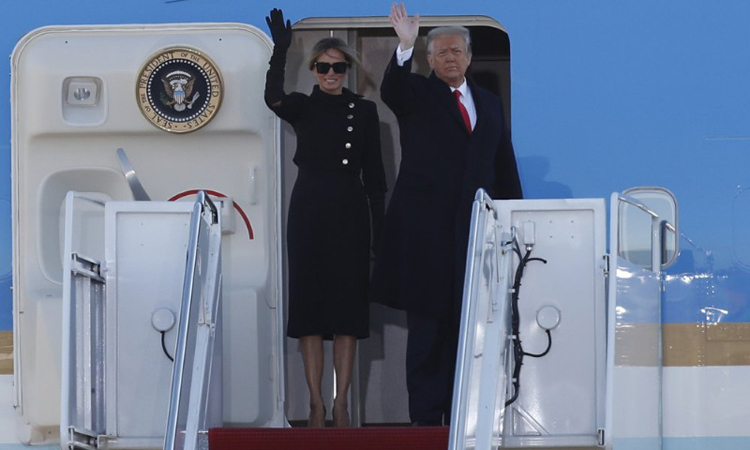 And then he pivoted to challenges ahead, acknowledging the surging virus that has claimed more than 400,000 lives in the US. Biden looked out over a capital city dotted with empty storefronts that attest to the pandemic’s deep economic toll and where summer protests laid bare the nation’s renewed reckoning on racial injustice.

“We have much to do in this winter of peril, and significant possibilities: much to repair, much to restore, much to heal, much to build and much to gain,” Biden said. “Few people in our nation’s history have more challenged, or found a time more challenging or difficult than the time we’re in now.” He vowed to defeat political extremism and domestic terror. The US faces “a rise of political extremism, white supremacy, domestic terrorism, that we must confront, and we will defeat”, he said in his first speech.

After a bitter campaign marked by Trump’s baseless allegations of election fraud, Biden struck a conciliatory tone, asking Americans who did not vote for him to give him a chance to be their president as well. “To overcome these challenges to restore the soul and secure the future of America requires so much more than words. It requires the most elusive of all things in a democracy: unity,” he said. “We must end this uncivil war that pits red against blue, rural versus urban, conservative versus liberal. We can do this – if we open our souls instead of hardening our hearts.”

His term at an end, United States President Donald Trump said farewell to Washington on Wednesday but also hinted at a comeback despite a legacy of chaos, tumult and bitter divisions in the country he led for four years. “So just a goodbye. We love you,” Trump told supporters at Joint Base Andrews in Maryland where he walked across a red carpet and boarded Air Force One to head to Florida. “We will be back in some form.”

Trump departed office as the only president ever impeached twice, and with millions more out of work than when he was sworn in and 400,000 dead from the coronavirus. Under his watch, Republicans lost the presidency and both chambers of Congress. He will be forever remembered for inciting an insurrection, two weeks before Democrat Joe Biden moved into the White House, at the Capitol that left five dead, including a Capitol Police officer, and horrified the nation.

In Islamabad, Prime Minister Imran Khan congratulating US President Joe Biden on his inauguration said he looked forward to working with him in building a stronger “I congratulate President @JoeBiden on his inauguration. Look forward to working with @POTUS in building a stronger Pak-US partnership through trade & economic engagement, countering climate change, improving public health, combating corruption & promoting peace in beyond,” the Prime Minister said in a tweet.