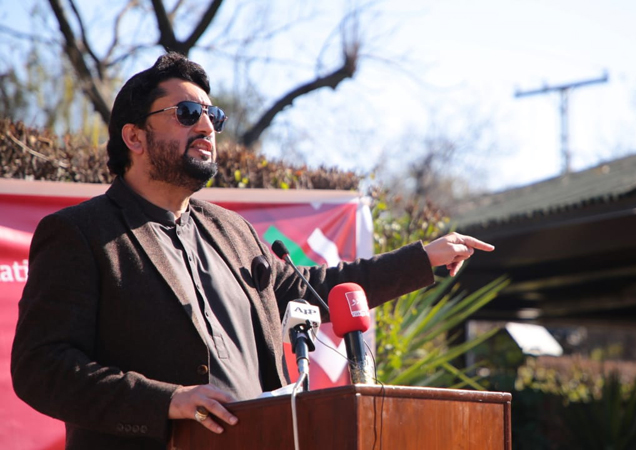 Chairman of the Parliamentary Committee on Kashmir Shehryar Khan Afridi Wednesday said that the Pakistan government is employing modern media tools to project the rich heritage of Kashmir.

He expressed these views while addressing the participants of the launching ceremony of Turkey Urdu website here.

Afridi said that Pakistan and Turkish media should narrate the tales of half widows and prisoners of conscience of Indian Illegally Occupied Jammu and Kashmir to the world audiences. He said that Pakistan and Turkey would fight the case of revival of Muslim Ummah and the future world would present Pak, Turk friendship as model for the world nations.

Lauding the launching of Turkey Urdu initiative, Shehryar Afridi said the launching speaks in high volumes of the historical bond between Turkey and Pakistan. “Media’s role in the modern times has proved its utility. The way the western world has used the modern media tools to distort image of Muslims proves this fact. They have distorted history through misusing media tools. This is the reason that Prime Minister Imran Khan has been urging for using media to project true image of Pakistan and the Muslim Ummah,” he said.

He said that Turkish media services for reducing western media influence on the Muslim youth is unparalleled. Turkish media has instilled a new soul to the Muslim heroes. He said that this is why Prime Minister Imran Khan projected Turkish drams of Urtugrul and Younas Emri. Turk Lala is another project of Tekdin Films and Kashmir Committee is supporting this initiative,” he said.

Shehryar Afridi said that through art and culture, Kashmir Committee is trying to project the true image of Kashmir. “We are projecting Kashmiri culture through all modern tools including art, culture and performing arts. Humanity needs to be protected and promoted and Kashmir cause would be projected and promoted,” he concluded.