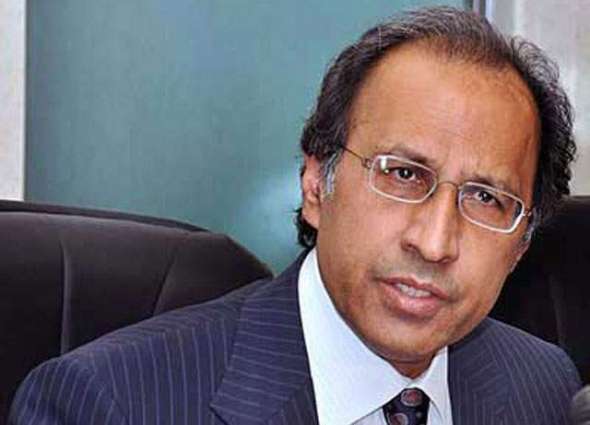 Minister for Finance and Revenue Abdul Hafeez Shaikh has said the government is focusing on reducing foreign debt as it is a big burden on country’s economy saying that the volume of debt increased due to devolution of Pak rupee and not the government taking extra loan.

Winding up the debate in Senate, the finance minister said blaming the government for current debt spike is unfair because it is also paying the loans obtained by the previous governments. The Minister said during initial days of PTI government our first priority was to save the country from the impending default and resultantly the government took result-oriented decisions and had landmark agreement with International Monetary Fund.

He said that the government did not borrow even a single penny form the State Bank of Pakistan during the last one and half year, while no supplementary grants was provided. He outlined that since the spread of Covid-19, the government has taken several initiatives to facilitate agriculture and construction sectors to accelerate economic recovery. He said due to primary surplus, we don’t need loans if we don’t have to repay previous loans. The Minister said now the combined impact of various progressive economic indicators show that the country is moving forward.

Minister for Industries and Production Hammad Azhar has said the government is taking concrete measures to bring down sugar and wheat prices in the country. Speaking in the Senate he said more sugar will be imported to ensure its smooth and cheap supply. Hammad Azhar said in this regard we will seek permission from ECC to import 5000 tons more sugar.

The Minister said to ensure adequate supply of flour, Punjab government timely enhanced the release of wheat to flour mills, however, at the same time Sindh government limited the release which resulted in price hike of flour in Sindh. He said for the first time in history, sugarcane farmers are being paid real price of their crop due to support price announced by the PTI government. The Minister said petroleum prices in Pakistan are lower than that of the neighboring countries. Hammad Azhar said major part of external debt during the PTI government was utilized to repay the interest on the loans obtained by the previous governments.

The Senate has strongly condemned the inhuman and degrading treatment of Kashmiri leader Yaseen Malik since his only crime is to raise his voice against the brutal Indian military Occupation.

The Senate took notice of the systematic imprisonment and torture of political prisoners in Indian Illegally Occupied Jammu and Kashmir. It also took note of the serious plight of Kashmir freedom fighter Yaseen Malik, who is incinerated in a death cell in notorious Tihar Jail in India, having spent 25 years of his life in Indian prisons.

The House, expressing grave concern, said that new false charges are being concocted against Yasin Malik, with a view to keeping him in Jail indefinitely. The Senate urged the government to immediately take up the case of Yasin Malik and all other prisoners in IIOJK, including Asiya Andarabi, with the UN Human Right Council seeking their swift release from illegal imprisonment, launch sustained global campaign for highlighting this issue at all international fora, including foreign government, parliamentarians and human rights organizations and report back to the House within 45 days as to the progress made on this issue, pursuant to the Senate resolution.

Leader of the House in the Senate Dr Shahzad Waseem on Monday said that Pakistan Tehreek-i-Insaf (PTI) government would continue to work on its development agenda as per the vision of Prime Minister Imran Khan. He criticized opposition party’s alliance Pakistan Democratic Movement (PDM), adding that PDM was rejected by the masses. He said that people had given their decision in favour of PTI. He said that despite all dramas of the opposition, people of Gilgit-Baltistan had given mandate to PTI.

Earlier, opposition senators including Sherry Rehman, Pervaiz Rasheed, Behrmand Khan Tangi, Abdul Ghafoor Haidri, Saleem Manviwala, Javed Abbasi, Sassasi Palijo, Usman Kakar, and others criticized the government over massive price hike, rigging in GB election. They regretted that there was no gas, Covid19 vaccine in the country, what the government was doing. They said the government only busy in attacking the opposition.