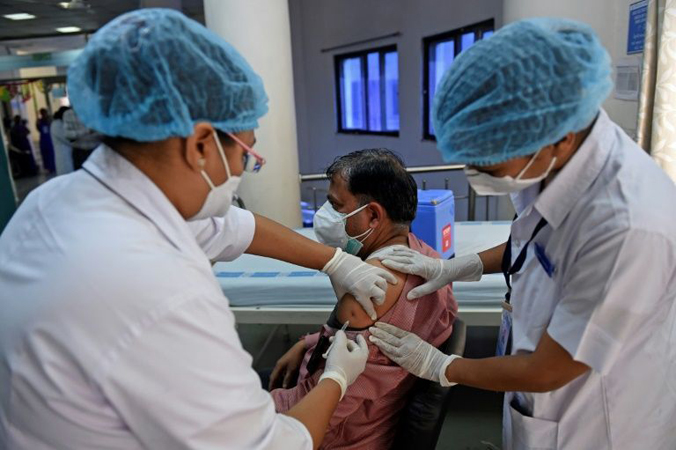 Officials sought to ease concerns in Europe on Sunday about deliveries of coronavirus vaccines as nations across the world doubled down on restrictions to fight the rampaging pandemic.

The contagion is showing no signs of slowing down, with infections surging past 94 million and more than two million deaths, and Europe among the hardest-hit parts of the world.

Worries have grown that delays in the delivery of the Pfizer-BioNTech vaccine could hamper a European rollout that has already come under heavy fire for being too slow.

US drugmaker Pfizer, which developed the jab in collaboration with Germany’s BioNTech, said it was working to “significantly” scale up production at its plant in Belgium in the second quarter. After a short delay, deliveries should be back to the original schedule to the EU from January 25.

“There’s a dip,” said France’s Europe minister Clement Beaune. “But it’s better that it happens now when we have stockpiles than when the wider vaccination campaign starts.”

He told Franceinfo that a limited delay should not present a huge problem.

Nevertheless, several Nordic and Baltic countries have described the situation as “unacceptable”, and Belgium’s vaccination strategy task force condemned Pfizer for failing to consult them. France, which saw its death toll rise past 70,000 at the weekend, is set to begin a campaign to inoculate people over 75 from Monday. Russia plans to begin mass vaccinations the same day. The long process of vaccine rollouts mean countries still have few options but to rely on lockdowns, curfews and social distancing to control the spread of the virus. Switzerland and Italy are tightening their restrictions from Monday and Britain will require all arrivals to quarantine and show negative tests.

Newspaper reports suggested the UK could try to emulate countries such as Australia and New Zealand in requiring travellers to self-isolate in hotels at their own expense.