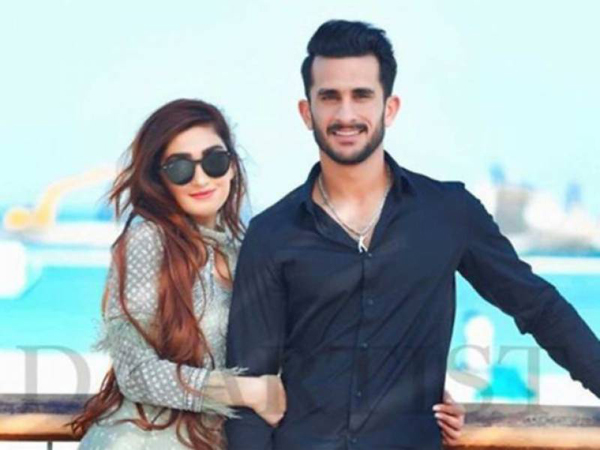 LAHORE: Coming soon on the heels of his comeback into the Pakistan cricket team, pacer Hassan Ali had more good news in store. The Pakistan bowler and his Indian wife Samiyah Khan, who got married in Dubai last year, revealed that they were expecting their first child. He followed in the footsteps of Zaheer Abbas, Mohsin Hassan Khan and Shoaib Malik who tied the knot with Indian girls. Taking to social media, Samiyah shared pictures with her baby bump. She wrote, “No matter how bad my day’s been, it takes a little kick to make everything feel alright. Alhamdulillah.” Meanwhile, Hassan used Instagram to shower his wife with love. “A change is going to happen in our life but it’s incredible to see how a woman’s body goes through transformations during pregnancy,” he pointed out. “Your presence makes me a better person,” added the bowler. “I can’t imagine my life without your love and support.” Hassan, who played a key role in Pakistan’s winning of Champions Trophy 2017, faced injury issues and was out of the team. He has recovered now and has been selected in Pakistan squad to play South Africa in Test series.