Govt warns PDM not to take law into own hands 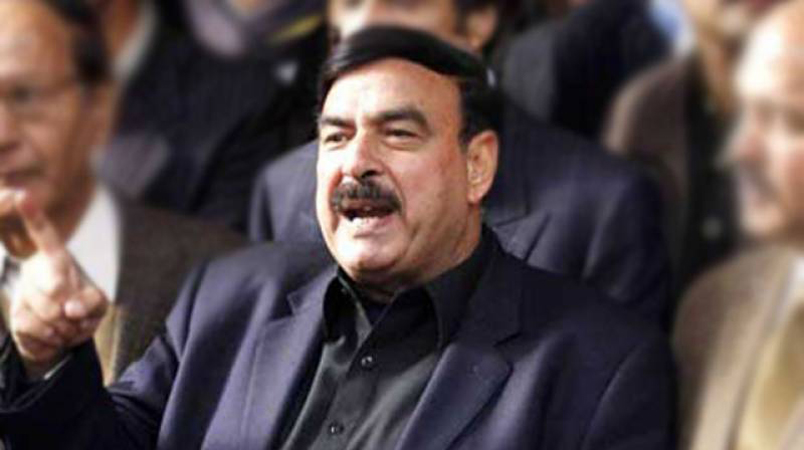 The federal government on Thursday said that the state recognises democratic right of the opposition parties to hold peaceful protest, however necessary action will be taken in case of violation of the law.

“The ministerial committee has decided unanimously that the government will not create any hindrance in the opposition’s protest outside Election Commission of Pakistan (ECP) on January 19 but we hope the opposition will act according to law and constitution of the country,” Minister for Interior Sheikh Rashid Ahmed said while addressing a press conference along with Minister for Information Shibli Faraz, Minister for Science and Technology Chaudhry Fawad Ahmed, Minister for Defence Pervaiz Khuttak and Law Minister Farogh Naseem.

He said that the PDM is coming to Islamabad to stage protest in front of ECP despite the fact that the former chief election commissioner had not been appointed by the Pakistan Tehree-e-Insaf government. “I hope the opposition parties will show good gesture after this decision and not to create law and order situation in the federal capital” he said, hoping that the opposition parties will take part in by-elections as well as Senate elections scheduled to be held in March.

To a question, the minister said that PTI submitted all evidences into foreign funding case including verified documents of 40,000 people. He said that Imran Khan would complete his five-year term as Prime Minister and the nerves of all on his side are also strong.

Law Minister Farogh Naseem said protest is a fundamental right for every citizen which ensures freedom of expression and freedom of will and all these were the basic rights of the citizens. The minister, citing the Supreme Court’s decision in the Faizabad sit-in case, said that the apex court had made it clear that protests and sit-ins could not be held at every place. Under article 189, everyone was bound to respect apex court’s judgement, he said, and advised the PDM parties to hold their protests within law. “The state will protect your rights within the law,” he said.

Federal Minister for Defence Pervez Khattak criticized the PDM leadership and said this opposition parties raised their objections on the General Elections 2018 in which they participated. He said they were reluctant to let the business of the National Assembly go functional and did not cooperate in the parliamentary committee set to probe the opposition’s claims of rigging in the General Elections of 2018. Since its inception, he said, the opposition members only participated in its two meetings and never presented any proofs or record of documents justifying their stance and had also not written a letter either on the matter to him. The committee still exists where they should have appeared and submitted any evidence to prove their claims, he said, adding that the PDM Leadership only want to create chaos and anarchy in the country through its movement.

Minister for Information and Broadcasting Senator Shibli Faraz asked Pakistan Muslim League- Nawaz (PML-N) and Pakistan People’s Party (PPP) to submit evidence regarding alleged election fraud in the ECP besides holding protest rallies. He also asked the PML-N and PPP leaders to bring the details and documents of the party accounts as the scrutiny committee of the ECP had asked them to provide the details several times in the foreign funding case.

Shibli Faraz said that Maulana (Fazlur Rehman) “does not eat pizza; we will serve him halwa (a sweet dish)”. “Staging protests in Islamabad is allowed and the prime minister has tweeted in this regard as well,” he said. “There will be no obstacles in the way of PDM’s protest on January 19,” he said, adding that specific spots should be marked for protests.

He said the present Election Commission of Pakistan was formed in consultation with Pakistan People’s Party and Pakistan Muslim League Nawaz and it didn’t conduct previous election. The opposition alliance wanted to take Pakistan’s politics to a dead end, the minister said.