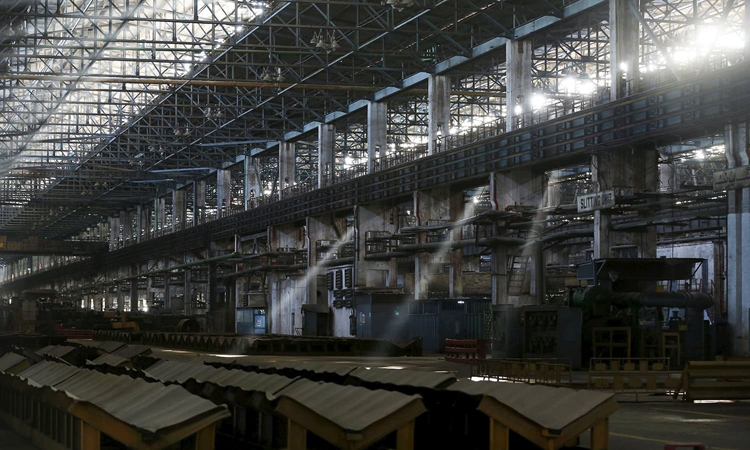 The Sindh Cabinet sub-committee on Steel Mill has decided to bring resolution in Sindh Assembly seeking control of Sindh government on Steel Mill for blocking the ill intention of federal government for making thousands of workers jobless .

It was also decided that Steel Mill Action Committee will present its recommendations and proposals on the issue in the next meeting of the committee to be held after two days so that the suggestions of trade union leaders could be incorporated in the letter that would be sent to federal government.

Syed Nasir Hussain Shah and Saeed Ghani stated that Sindh government has decided to write a letter to the federation on the steel mill issue, which is being drafted by Law Adviser Barrister Murtaza Wahab. The workers of Steel Mill are well versed with the issues of the mill and their suggestion would be helpful in presenting the strong case in front of federal government.

Syed Nasir Hussain Shah added that Chairman Bilawal Bhutto Zardari has directed to seek consultation from the workers on the issue and implement the same in letter and spirit.

The Provincial Ministers advised that peaceful protest was fundamental right of workers, but don’t do anything that would haunt your cause and provide opportunity to miscreant.

The Ministers were of view that it was not possible that federal government immediately hand over control of the steel mill to the Sindh government on merely Sindh government letter. It is a long struggle that we all have to launch together.

Trade Union Leader Karamat Ali said that the movement will have to be run on permanent basis; the federation will not bow down so easily and added that public needed to be mobilized on the issue as privatization of steel mill would multiply unemployment in the province.

He said that cases were being registered against the protesting workers, which was a violation of provincial labour laws that needed to be stopped. He added that all trade union leaders sitting here in the meeting here were in agreement to work with the Sindh government to stop the privatization of steel mill. On the occasion steel mill action committee placed their demands before the Sindh cabinet’s subcommittee on steel mill.