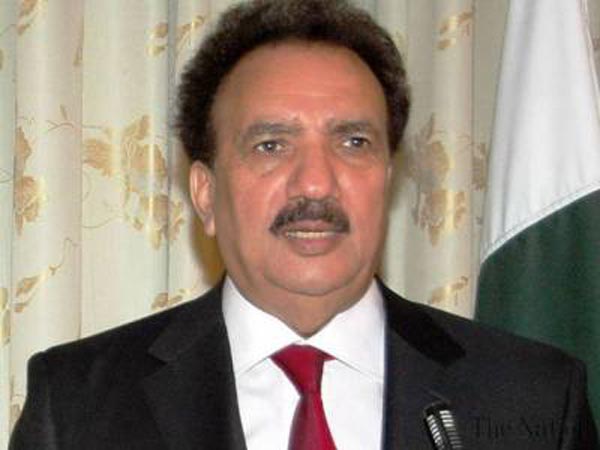 Chairman Senate Standing Committee on Interior Senator A. Rehman Malik participated in the sit-in protest against the Machh tragedy on Friday here in Islamabad and once again urged Prime Minister Imran Khan to give up ego and visit the protesting Hazara community.

He said that tragedy of Machh wherein eleven miners of the Hazara community have been killed mercilessly has hurt every Pakistani. He said that Machh tragedy is a highly barbaric act of terrorism that has shaken the entire nation. He said, “I have come to express my heartfelt condolence and solidarity with the families of the martyrs of Hazara community”. He said that thousands of men, women, and children are protesting along with coffins of their loved ones in extremely harsh weather of minus 8 degrees Celsius in Quetta demanding the visit of the Prime Minister. He said that without any further delay the Prime Minister while keeping aside his ego should reach Quetta to console the mourning community.

Senator A. Rehman Malik said that he was the first one who pointed out the presence of ISIS in Pakistan years back, but successive governments have been refusing to accept its presence just as a policy. He said that he has always been advocating that rather than remain in the state of denial we should accept that Daesh is very much present in Pakistan. He said that Daesh handlers recruited over 80 thousand Pakistanis mostly from south Punjab and the recent ouster of Pakistani Daesh operators from Syria will be a great threat to the country. He said that the way Hazara miners have been slaughtered shows the Daesh involvement as cutting the throat is the job of ISIS. He said that he had earlier said that there was a conspiracy against the Shia community.

Senator Rehman Malik while addressing the protesters said that he as Interior Minister had faced the same situation when on 10 January 2013 some 130 Shia Hazara were killed in a brutal suicide attack in Quetta that led the Shia community to protest. He said that mourners had refused to bury the dead bodies of martyrs until their demands are not met. He said that without wasting any time, he flew in C-130 to Iran and met the Iranian President, Supreme Leader, Foreign Minister, and also his counterpart and sought their help to convince Shia clerics in Pakistan to bury the dead bodies adding resultantly the dead bodies were buried after fulfilling their demands. He said the present government should assess the sensitivity of the matter and situation and resolve it immediately. He urged the Prime Minister to visit Quetta with senior members of his cabinet as the families of the martyrs are looking at him for assurance of their life protection.

Senator A. Rehman Malik also demanded the government to announce the constitution of a judicial commission with its members from each provincial high court to probe into the Machh tragedy to fix the responsibilities that such tragedy could be prevented in the future. He said that it is a serious issue and there should be no politics over human tragedies and sufferings. He said that Prime Minister is the Prime Minister of every community in Pakistan

Senator Rehman Malik said that foreign forces are trying to cause Shia, Sunni riots in Pakistan but both the sects know well that it is enemies’ conspiracy. He said that ISIS has opened its bases in India and Afghanistan to operate in Pakistan as ISIS has become very active against the Muslim Ummah and particularly the Shia community. He said that all Pakistanis are equal and have the same rights. He urged the government to launch stringent action against ISIS and its facilitators in Pakistan. He said that Police and law enforcement agencies are responsible for protecting the lives and property of the people

He appealed to the entire nation and political parties of Pakistan to give up their differences and stay united for the great cause of national security.