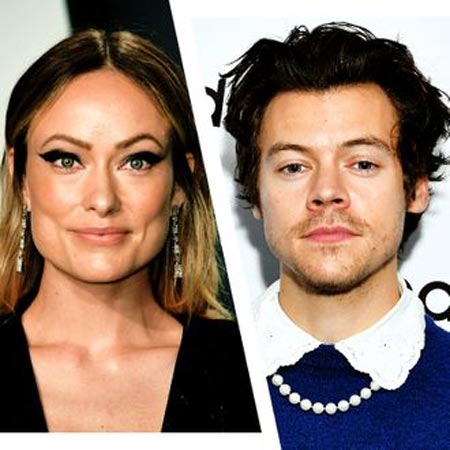 Bet you didn’t expect to see this headline in 2021! Harry Styles and Olivia Wilde seemed to confirm their new romance after the pair stepped out together to celebrate a friend’s wedding.

As seen in photos obtained by Page Six, the former One Direction singer and Hollywood actress held hands as they attended the vows of Jeff Azoff, who serves as Harry’s manager, and Glenne Christiaansen.

Olivia sported a floral dress with a pink headband while Harry opted for a classic suit with a white button-down shirt. The pair matched in black masks before the “Watermelon Sugar” singer changed into a robe to pose for pictures with the newlyweds.

A source tells E! News Olivia and Harry were “couple-y” at the weekend wedding in Montecito, Calif., and stayed at the same hotel overnight before heading back to Los Angeles. Another inside confirmed Olivia’s romance with Harry has been going on for a little while adding that people in their inner circle have known about it for several weeks. “They shared a room and did everything together,” the insider added. “They had a great time and are very happy.” E! News has reached out to both parties for comment.

The romance speculation comes after Harry signed on to Olivia’s upcoming psychological thriller, Don’t Worry Darling, which she is directing and producing. In a recent interview with Vogue, Olivia and the film’s costume designer Arianne Phillips revealed they were more than thrilled to have Harry be part of the project. “She and I did a little victory dance when we heard that we officially had Harry in the film, because we knew that he has a real appreciation for fashion and style,” Olivia shared. “I’m really grateful that he is so enthusiastic about that element of the process—some actors just don’t care.”