* If Gaia has a voice, it is Attenborough’s distinctive, much-mimicked, slightly breathless one, and it helps make ‘A Perfect Planet’ a near-perfect programme 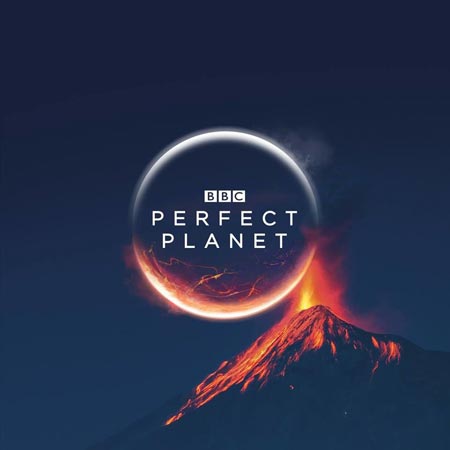 He is 95 this year, and no longer inclined to go chasing Komodo dragons or giant anteaters for his kicks, but Sir David Attenborough

looks like a fine exemplar of the Darwinian doctrine of the survival of the fittest.

Indeed, as a global campaigner against what he calls “climate chaos”, commanding the attention of presidents, princes and prime ministers, he is only now making his greatest contribution to the world. Joyfully, he is also still narrating wonderful BBC nature documentaries, with Dynasties and this, A Perfect Planet, his latest series.

If Gaia has a voice, it is Attenborough’s distinctive, much-mimicked, slightly breathless one, and it helps make A Perfect Planet a near-perfect programme. The cinematography is as awesome in scale and majesty as anything that has gone before, capturing both vast panoramas of tropical atolls and the tiniest wrinkly detail of a giant tortoise’s backside. The theme of the series is clever and novel, each episode analysing one of the great forces of nature that have created “the only planet in the universe, so far as we know, where there is life” – the sun, weather, oceans and so on. This week it’s volcanoes, which are obviously magnificent in themselves, but underestimated as “good” sources of carbon dioxide emissions, belching out just enough gas to keep Earth balanced at the right temperature – but now man-made emissions are 100 times greater than all the volcanoes on Earth, with results we know only too well. The usual climate crisis sermonising is in there (and quite right too), but not until about halfway through, and not too hectoring; it is a delicate balance between entertainment and education.

The star of the show, apart from Sir David, is the vampire finch. This is one of the newest species on the planet, and gets its gruesome name from its habit of pecking and feasting on the blood of much bigger sea birds, who presume that the finch is grooming their feathers.

They aren’t, because there’s nothing else for them to eat/drink on their rocky volcanic outpost in the Galapagos. Understandable then, yet the sight of such a supposedly sweet, innocuous bird, but with its face covered in blood like a miniature Hannibal Lector, is one that won’t depart my mind quietly. The vampire finches really do make a bloody mess as well; nature red in beak and talon, you might say.

Far cuter are the flamingo chicks, hatching out in their millions in a lake of caustic soda created by volcanic salts in Tanzania. You find yourself rooting for the chicks, fluffy specks of grey farting around the pink miasma of the flock, as they try to run from being taken for a snack by greedy storks with heavy beaks “like a Roman sword” – as the script memorably puts it.

There are otters, bears, giant tortoises, iguanas but the only moment that slightly disappoints is the bit when a wildebeest calf is born. You see, ever since Sir David was a fresh-faced naturalist pioneer at the dawn of the television age, the wildebeest, and especially its young, has been the expendable “extra” of the wildlife film genre. Sure enough, a baby wildebeest is soon making its narrow escape from, this time, the attentions of a determined hyena. That is probably a cliché too far, though I was interested to learn that half a million wildebeests are born in the Serengeti during the three-week calving season – a thousand an hour. That is a statistic I shall now use in my first pub conversation as soon as lockdown ends, and we humans emerge from our own battle for survival against nature.