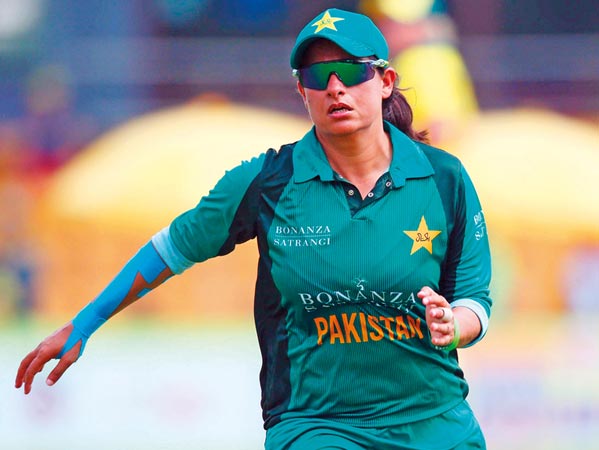 LAHORE: Sana Mir, the former Pakistan women’s captain, has tested positive for Covid-19. Mir, who was in the PCB commentary box for the ongoing Quaid-e-Azam Trophy final in Karachi, had showed symptoms of fever on day three of the match, and subsequently underwent a test, which came positive. Following that news, the entire production team, as well as those who might have come in close contact with Mir, have been asked by the PCB to undergo Covid-19 tests. Mir has been isolated in the team hotel at the Pearl Continental and did not travel to the stadium on Monday. It is understood that everyone else on the production team who had worked with Mir were allowed to carry on with their daily routines at the National Stadium. There is no separate biosecure bubble for the commentators, who have been allowed to enter and leave the facility without any restrictions. While some commentators have been staying at the team hotel, others have headed back to their respective homes at the end of each day. So far, none of the other commentators ––- including Bazid Khan, Tariq Saeed, Ali Younis, Sikandar Bakhat and presenter Sawera Pasha ––- have shown any symptoms. A PCB spokesperson confirmed that the entire facility had been disinfected, but a decision on whether or not to isolate everyone else would be taken only after obtaining the test results.