PDM poses no threat to govt; accountability to continue: PM 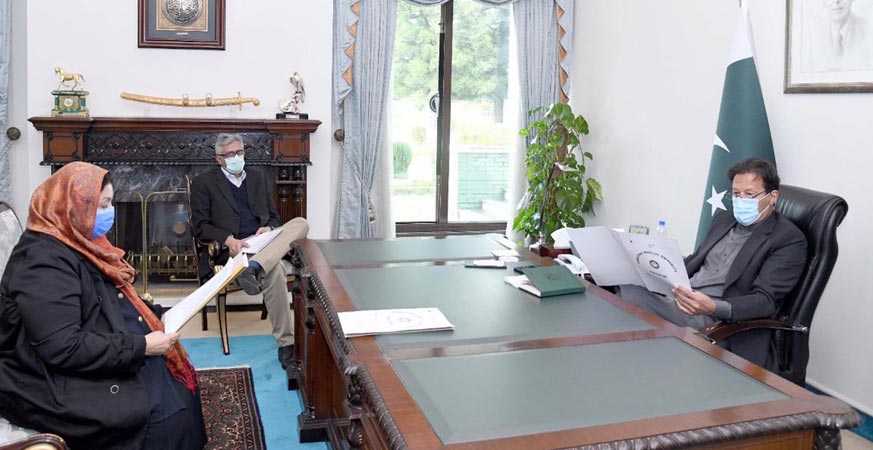 Prime Minister Imran Khan on Monday said that the opposition’s Pakistan Democratic Movement (PDM) posed no threat to his government.

Speaking while chairing a meeting of his spokespersons, the premier stated that the opposition’s entire movement was to win a National Reconciliation Ordinance (NRO), “which I will not give.

The premier observed that the whole opposition united under one umbrella as soon as they started being held accountable. He said the government had set the country’s otherwise weak economy on the right path and that, this year, the government will focus on improving its performance and delivery.

During the meeting, PM Imran directed his spokespersons to highlight the government’s economic achievements.

The premier stressed that no society could progress without accountability, asserting that, “The process of accountability will continue.”

The past governments continued to loot the national treasury, whereas the current government was progressing in developing the country, the prime minister added.

He further maintained that the opposition will be fully responded to in the upcoming Senate elections.

Talking about the opposition holding rallies in the midst of the coronavirus pandemic, the premier said that the PDM tried to play with the lives of the people.

Last year, in December, the premier said that despite the Covid-19 pandemic, that brought a global slowdown in economic activity in 2020, there was “great news on the economy” and a “remarkable turnaround”.

Pakistan achieved a current account surplus of $447 million for the month of November, added the prime minister. He further said that there was a surplus of $1.6 billion for the fiscal year so far versus a deficit of $1.7 billion during the same period last year.

The prime minister in a tweet said the total recoveries by National Accountability Bureau (NAB) during years 2019 and 2020 amounted to Rs 389 billion in comparison to previous 10 years’ (2008-2018) recovery of Rs 104 billion.

Imran Khan mentioned that during his tenure, the Anti-Corruption Unit in Punjab recovered Rs 206 billion in 27 months compared with only Rs 3 billion in the past 10 years, which he termed as “dark ages under corrupt rulers”. “These facts reveal how the nation benefits when state institutions are allowed to function independently without political interference,” he said.

Also, Imran Khan, while appreciating the measures taken by Punjab regarding health insurance for all, said provision of basic health facilities to every citizen was the foremost priority of government.

Besides improving system in public sector hospitals, the government by providing cheaper land to private hospitals, was ensuring that no poor family remained deprived of treatment due to unavailability of resources, he added.

The prime minister was talking to Punjab Health Minister Dr Yasmin Rashid, who called on him. Special Assistant to PM on Health Dr Faisal Sultan was also present on the occasion.