A Fighter of human Freedom and rights of Minorities 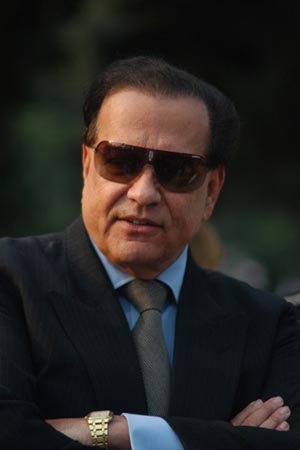 The 10th death anniversary of Mr.SalmanTaseerwho was a successful Pakistani businessman and politician, falls on 4th January 2021. Mr. Taseer served as Governor of Punjab from 2008 until his assassination in 2011. He was avery vocal member of the Pakistan Peoples Party since the 1980s, and was elected to the Punjab Assembly from Lahore in the 1988 election, but later finding himself disgruntled with the ways of some of politicians, temporarily left politics and reverted to his business.

Taseer’s father died in 1950 at the age of 47, when Taseer was only six years old. Taseer and his two sisters were brought up by their mother in relative poverty, and she gave Taseer the best of education in enlightened schools of Lahore which helped making him  anexcellent writer, a journalist and a politician. As a member of Provincial Assembly he was one of the best bilingual speakers who prevailed over the debates by his outstanding histrionic skills. Even while roaming in public, he looked impressive and was particularly noted for his charismatic personality.

Taseer attended St. Anthony’s School, a school run by Christian missionaries in Lahore, where he was a classmate of Nawaz Sharif. Laterhe obtained a degree in Chartered Accountancy from England-Wales.Being a highly qualified person and an outstanding  bilingualspeaker, he became very popular in political circles of Pakistan PeoplesPartywhere he made his name and was soon tipped  for the office of Governor Punjab in which post he very successfully completed his three years tenure until he was brutally shot dead at close range  by one of his own body-guards, namely MumtazQadriwho had been trained as an elite police commando.He was a die-hard Brelvi fanatic but the intelligence agencies failed to detect his true mind-set. The occurrence occurred on 4th January 2011 in broad day light near Kohsar Market of Islamabad.A trial was later initiated against MumtazQadrihim as a result of which he was sentenced to death later that year.

The distinctive feature of this gruesome murder was that Mr. Salman Taseer was a rational and enlightened Muslim and was not a member of any minority community.But as Muslim leader he was a distinguished fighter for human freedom and a champion of the rights of minorities, and wherever he saw that these principles were violated by the people, he boldly defended the right of minorities without fear orfavour.

It so happened that about a week or so before his gruesome murder, during a TV interview, discussing Asia Bibi’s case in which she was sentenced to death, he expressed his candid opinions about some harsh provisions of blasphemy law, about which he expressed his opinions that those harsh provisions should be  dispensed with. Now this task had to be done by the Federal/Provincial assembly, and the governor was merely speaking his mind about that provision, and had not done anything to scrap the old provisions from the statute book.Hisculprit claimed that it was his religious duty to kill his highly-placed master for his criticism of Pakistan’s harsh blasphemy laws, and support for bringing in liberal reforms.This background led him to cause the horrendous murder of his master,the duty for whose life and safety he had been assigned to him. Instead of condemning this horrific act, the murderer has been hailed as an Islamic Hero, and is raised to the status of sainthood.

This intolerant act of the accused had far-reaching effects on the international community in maligning Pakistan as a country where minorities were not safe; where even the powerful leaders were not secure to protect their lives. This highlighted the image of Pakistan for its unfair treatment of minorities and the common Pakistanis’perpetual state of egregious hatred, doubt and mistrust against all kinds of minorities despite the best diplomatic efforts of our Foreign Ministry.

Religious discrimination in Pakistan is a serious issue for the human rights situation in modern-day Pakistan. The non Muslims often face discrimination and at times are even subjected to violence. One of the significant issues being faced by minority communities is the abuse of the blasphemy law. Experience has shown that people belonging to minority religions are often falsely accused of using derogatory remarks against our Holy Prophet (Peace be upon him ) and thus get embroiled in cases which entail severe punishments sometimes ending in death penalty. Often these accusations are made to settle personal vendettas and victims are often presumed guilty without much substantive evidence.