Govt ready for dialogue with opp on national issues: FM 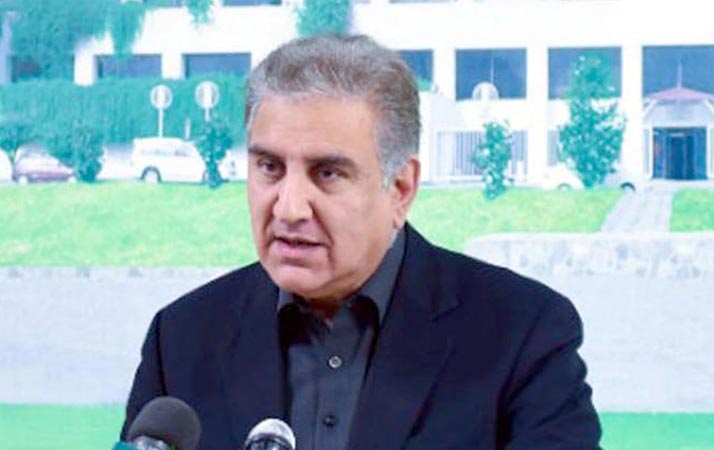 Foreign Minister (FM) Shah Mahmood Qureshi on Friday announced that the government is ready for dialogue with the opposition at the forum of parliament on national issues, expect accountability process.

Talking to the media at the Parliament House, he said Prime Minister Imran Khan has made it clear time and again that no NRO will be given to the corrupt elements. He, however, said we are political people and believe in political process and dialogue.

Qureshi said the PDM leadership is holding a meeting at Jati Umra in Lahore, but differences among the constituent parties of the alliance have already come forth. He said the PPP’s Central Executive Committee has decided that the party will take part in the upcoming by-elections and the Senate elections and that it will not tender resignations from assemblies. The FM said the PPP has also not decided any date for long march.

The minister said the PDM had decided that their parliamentarians will send their resignations to JUI-F Chief Maulana Fazlur Rehman by December 31 last year, but PPP Chairman Bilawal Bhutto Zardari opposed it, arguing that the resignations should rather be sent to the heads of the parties. This shows lack of confidence within the alliance.

He further said that nothing will happen on January 31. Prime Minister (PM) Imran Khan will not resign from the office as he has public vote and confidence of the House, he added. The minister said that the government of Pakistan Tehreek-e-Insaf (PTI) is ready for dialogue with the opposition at the forum of the Parliament on national issues, but not on the ongoing accountability inquiries. Condemning the tragic incident of the burning of a Hindu saint shrine by a mob, the Foreign Minister said the Chief Justice of Pakistan has taken its notice. He said it is an irresponsible act and an attempt to damage Pakistan’s image at the international level. To a question, the foreign minister said Pakistan’s position on the Kashmir and Palestine issues is very clear and that the stance of Quaid-e-Azam Muhammad Ali Jinnah on these issues is a guiding principle for us.