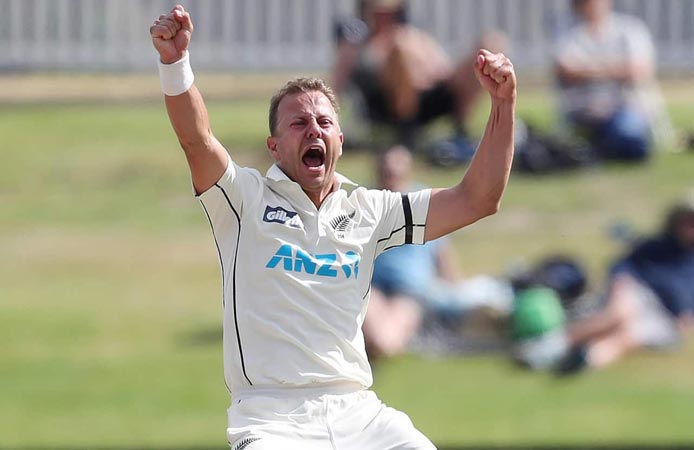 WELLINGTON: New Zealand pace bowler Neil Wagner battled through the pain of two broken toes in the first Test against Pakistan but coach Gary Stead said he would miss the second match at Hagley Oval in Christchurch starting on Sunday. Wagner needed pain-killing injections during the test, which the hosts won by 101 runs, after he was struck on the foot while batting on the second day at Bay Oval in Mount Maunganui. He bowled several lengthy spells over the next three days and was instrumental in New Zealand sealing victory late on the final day when he captured centurion Fawad Alam and the dangerous Faheen Ashraf to expose the Pakistan tail. “Neil was absolutely outstanding,” Stead told reporters at Christchurch airport on Thursday. “I don’t think there are too many individuals who could do what he did in that Test match. “Neil hasn’t travelled with us. The injections he was getting (to lessen the pain) were wearing off (quickly) and we can’t let him go through that again.” The left-arm quick would be out of action for up to six weeks. Stead said they would likely name his replacement on Friday, adding that they would go “like for like”. Matt Henry, who has often been drafted in when a pace bowler goes down injured, is in contention after recovering from a hand injury. Stead was pleased with the first Test performance against a tough Pakistan side, who were behind for much of the match but were still in with a chance of snatching victory in the final session.