How 2020 Changed Hollywood, and the Movies, Forever 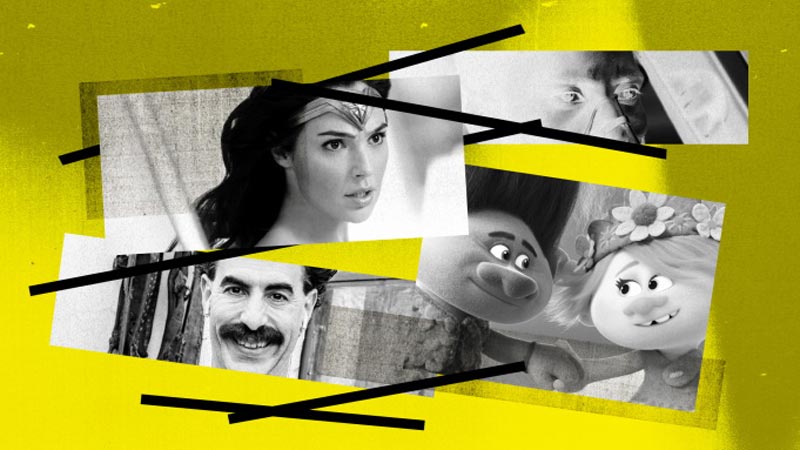 Hollywood studios have used the pandemic to heed the advice of former Chicago Mayor Rahm Emanuel: “You never want a serious crisis to go to waste.”

For decades, the film business has remained frustratingly resistant to change. Movie theater owners have held firm about the boundaries of a traditional theatrical release. Up to this year, a studio’s newest blockbuster had to play in cinemas for 90 days before its home entertainment launch. Film exhibitor’s conventional wisdom: People wouldn’t pay to see the latest Marvel movie in theaters if they could wait a few weeks to watch it on-demand at home. It fostered an often openly contentious relationship with studios, who have long attempted to shorten that three-month timeframe in an effort to reduce marketing costs.

The rise of streaming services, which gave customers the ability to watch hundreds upon hundreds of titles with the click of a button, put additional pressure on the ironclad theatrical window. Cracks started to appear. Yet theater operators pushed to prolong conversations that had the potential to upend their business model for as long as possible so they could keep milking the lengthy period of big-screen exclusivity until they had no choice but to yield to market forces.

Then, the pandemic changed everything — as massive, world-shaking events have a tendency to do. Theaters were forced to close and exhibitors were left without revenue for months. Studios tore up their release schedules, postponing some movies to next year and sending others to streaming services or digital rental platforms. Developments that were unthinkable a year ago began to unfold at incredible rates. When cinemas were able to reopen, theater operators quickly learned that their bargaining power had drastically diminished. If they wanted to showcase “The Croods: A New Age” or “Wonder Woman 1984,” exhibitors had to accept that those titles would be available online sooner than usual. The business had been fundamentally altered.

“Without the pandemic, you wouldn’t have seen the theatrical windows collapse in the way they did,” says Lisa Bunnell, the president of distribution at Focus Features. “Whether you like it or not, the pandemic forced us to try things that would be harder to do in regular times.”

For traditional studios, it’s resulted in a game of 3D chess with action that rivals “Game of Thrones” in terms of pure, head-spinning chaos. Old allegiances crumbled, new alliances were forged with former rivals, battles were waged via press release. In a matter of months, Universal went from being the enemy of cinemas to the savior of the theater business. Not to be outdone, Warner Bros. positioned itself as a villain that could rival nearly any onscreen baddie when the studio announced its entire 2021 slate would debut simultaneously on HBO Max and in theaters.