Buzdar hopes for more prosperity, development for Pakistan in 2021

* Punjab CM says struggle for a ‘new Pakistan’ will be continued 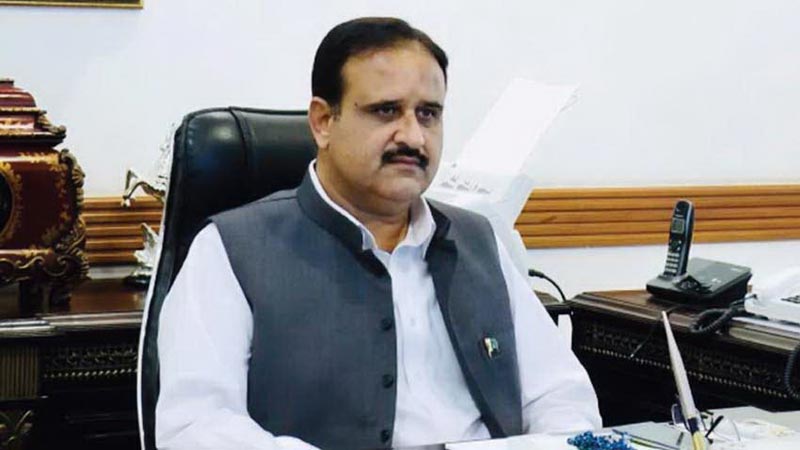 Punjab Chief Minister Sardar Usman Buzdar has congratulated the nation on the New Year and hoped that Pakistan of 2021 will be more prosperous, developed and strong.

In his message, the CM reiterated the strong commitment that 2021 will be the year of fulfilling promises made with the people. We should also review our successes and failures while welcoming the new year, he added. The commitment of the government is stronger than the challenges and 2021 will prove a ray of hope for the nation, he said.

The CM asserted that every effort will be made to transform Pakistan into a real welfare state, adding that the government will move forward with the commitment of transformation while learning from past mistakes. “We make a strong commitment to providing equal opportunities while bridging the gap between the poor and the rich,” he emphasised. The economy will touch new heights in 2021. The journey of development will be accelerated in 2021 and the struggle for a new Pakistan will be continued under the leadership of Prime Minister Imran Khan, he stressed. Regrettably, the opposition tried to impede the wheel of development in 2020 but the people have totally rejected the negative politics of the PDM and it is better that the PDM should think for the country in 2021 by setting aside the politics of chaos and anarchy, the CM concluded.

Meanwhile, on the directions of Usman Buzdar, a special traffic plan has been enforced at tourist spots on the eve of the New Year and 325 traffic officials have been assigned to ensure smooth flow of traffic in Murree and adjoining areas. 82 officials were assigned duties in Murree city; 114 were deputed at expressway and GT road while a squad of 129 officials was tasked to regulate traffic at different spots. A contingent of eight SSP, SPs and DSPs were monitoring traffic arrangements. The CM directed that tourists should not face any difficulty adding that best arrangements should be made for smooth flow of traffic in Murree and other cities. The traffic officials should guide the tourists and there should be no interruption in the movement of traffic, he added. The CM further directed that high officials should go into the field to personally monitor the arrangements made for smooth flow of traffic.

He asked the cabinet committee on law & order to adopt foolproof measures for saving the life and property of the people. Indiscriminate action should be taken against those involved in aerial firing on the New Year and the police should ensure rule of law in the province. Similarly, action should also be initiated against one-wheeling while efficiently working to maintain law & order, the CM added.

Meanwhile, Special Assistant to CM on Information Dr Firdous Ashiq Awan has said the number of corona patients has reached 137,949.

In a statement, she said the number of active corona patients in Punjab is 10,667, while 4,013 have died of the virus. She also informed that 31 persons died of corona and 654 new cases were reported in Punjab during the last 24 hours. The SACM stated that 123,269 people have recovered from the virus while a total of 2,440,693 tested so far. At least 15,043 people were tested in Punjab on Thursday, she said. The government intends to save the people from economic miseries and unemployment and is also working to eliminate the virus of corruption along-with overcoming the coronavirus, concluded the SACM.