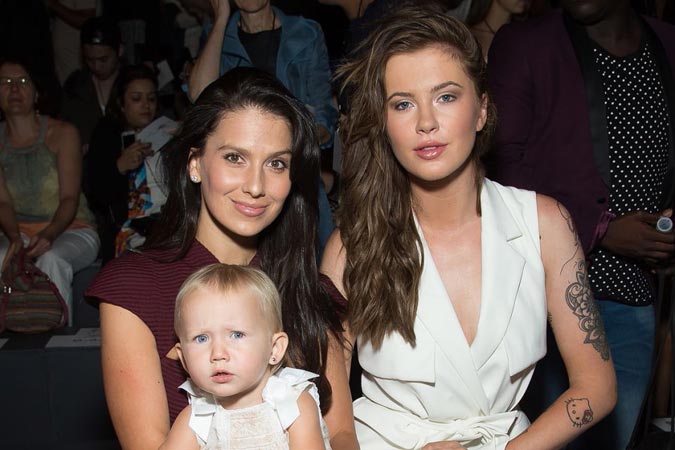 Hilaria Baldwin’s stepdaughter Ireland has spoken out in support of her over a heritage controversy where she was accused of faking a Spanish accent.

The yoga instructor, who is married to Alec Baldwin, is often said to have been born in Majorca, but after questions were raised over her fluctuating accent, she posted an Instagram video to say that she was born in Boston and sometimes called Hillary.

Now Alec’s daughter Ireland has posted her own explanation on Instagram to defend her stepmother against critics.

Ireland said: “It’s so pathetic that anyone would want to play detective and dig that deep into someone’s life they don’t know anything about, don’t know how they were raised, don’t know who they were actually raised by.

Ireland, whose mother is Kim Basinger, added of Hilaria: “She could be a malicious, terrible, horrible human who tears people down but she isn’t. Hilaria is a wonderful mother who takes great care of her kids and she takes great care of my dad and that’s all that really matters to me.”

On Sunday, mum-of-five Hilaria had posted a lengthy video on Instagram explaining where she had been born, what names she was known by, and why her accent often sounded different depending on the situation.

She wrote: “I’ve seen chatter online questioning my identity and culture. This is something I take very seriously,and for those who are asking – I’ll reiterate my story, as I’ve done many times before.

“I was born in Boston and grew up spending time with my family between Massachusetts and Spain. My parents and sibling live in Spain and I chose to live here, in the USA.

“We celebrate both cultures in our home – Alec and I are raising our children bilingual, just as I was raised. This is very important to me. I understand that my story is a little different, but it is mine, and I’m very proud of it.”

The discussion was kicked off by accusations on Twitter that she was pretending to be Spanish, prompting others to wonder why her accent varied so much and a number of former schoolmates from Boston to come forward.

In the video, Hilaria explained: “I am that person, if I’ve been speaking a lot of Spanish, I tend to mix them or if I’m speaking a lot of English I mix that, it’s one of those things I’ve always been a bit insecure about.”

She clarified that her family call her Hilaria but that in other situations she used the name Hillary, although she had “consolidated” to Hilaria before meeting Alec.

Responding to old schoolmate claims that she was a “white girl”, she added: “Yes I am a white girl, my family is white… Europe has a lot of white people in there. Ethnically I am a mix of many, many things.”