Selected PM scores an own goal

Sometimes you don’t know whether to disagree with this government or just feel sorry for it. For the gist of all our disagreements with it centred on its inability to govern. In fact, we have long argued that “selecting” it to run the country was like taking a terribly sick patient to the local quack instead of a speciliased doctor. After claiming since forever that he had the best team and was best qualified to take Pakistan out of all its troubles, the captain has pulled off another one of his trademark U-turns and admitted, in front of the whole world, that he was completely unprepared for the burdens of government and his team had done no homework whatsoever before coming to power.

The masks that his party workers had wisely put on during the event where he chose to enlighten everyone about his lack of preparedness would have protected them from the coronavirus, and thank God for that, but they didn’t hide their shock as their jaws literally dropped as the words came out of their leader’s mouth. Now PTI spokespersons are the very picture of helplessness when they try to defend the selected prime minister on prime time television.

Now everything can be seen in the proper perspective. For the ruling party it might be a trivial matter that they just wasted too much time in deciding whether or not to approach the International Monetary Fund (IMF) for another bailout program, but since the result of this indecision was the epic rupee collapse, the jobs market collapse, and a fall in the GDP growth rate to a multi-year low, for the average Pakistani it meant a deterioration in the standard of life like he’s never seen before. But we are just supposed to overlook all that because the leader is supposedly not corrupt and means very well, so it’s alright if some million people suffered and nobody should give it another thought.

Now look back to statements like ‘when Imran Khan comes $200 billion will come to the country, half of which will be used to pay back all the loans and the other half would be spent on the country and the people’.

And so what if food prices rose to levels never seen before? If ordinary people cannot afford sugar, eggs, potatoes, or even wheat flour – the country’s staple food – they can at least take comfort in the fact that the prime minister does not have any sugar mills.

But nobody’s yet explained what we should make of all the mafias that the prime minister has himself accused of hoarding essential items to make extraordinary, illegitimate profits. Should we let that go also just because the ruling party forgot to do its homework?

Now look back to statements like ‘when Imran Khan comes $200 billion will come to the country, half of which will be used to pay back all the loans and the other half would be spent on the country and the people’. Such claims, and now the PM’s own admission, are enough to show how delusional this bunch was just because those who pull the string of all the puppets had decided to give them a go this time.

The simple point that everybody is overlooking about all this is that while the selected PM himself is no doubt new to government and had no idea what awaited him, a lot of the so called electables that won him the election, for all intents and purposes, are very old players at this game and have had good times in government as part of almost all parties. It’s just that this time they are with PTI. So what should we make of accusations such as these people took advantage of the government’s policies and, for example, made a fortune by buying the dollar cheaply and selling it when it became expensive when the government’s paralysis caused the rupee to go through the floor? Or that some of PTI’s very senior leaders, who have stakes in sugar and wheat production, cheated, exported, hoarded and profited right under the government’s nose just because it was too incompetent to know what was going on or what to do about it? And isn’t pretty much the same true about the pharmaceutical industry as well, where prices of everything especially life-saving drugs have skyrocketed since this administration took over?

There’s also something to be said about the assertion that now the time to deliver has come. For one thing, not just politicians but also the people of Pakistan know very well that such admissions half way through a party’s term in office are a very severe indictment of not just the ruling party but also those that installed it at the top. And for another, what has the party done to show that it has learned the right lessons? What if it goes wrong again only to stop, take a breath and admit that it had gone off in the wrong direction but promise everything would be better going forward?

The simple, undeniable fact of the matter is that they only thing this party was looking forward to after coming to power was political victimisation. Why else would it go down that route so blindly and incarcerate so many opposition workers without a shred of evidence that can stand up in a court of law? Actions speak louder than words and the prime minister, no less, has shown just what he and his team are doing with the country.

This is precisely what has forced the opposition into a historic alliance. It is now for the people to see just who is advocating their interests best and then make a difference when the time comes.

The writer is a LUMS graduate and currently serves as PMLN MPA. She is a close aide of Maryam Nawaz and tweets at @hinaparvezbutt 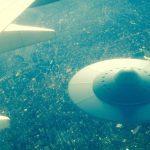