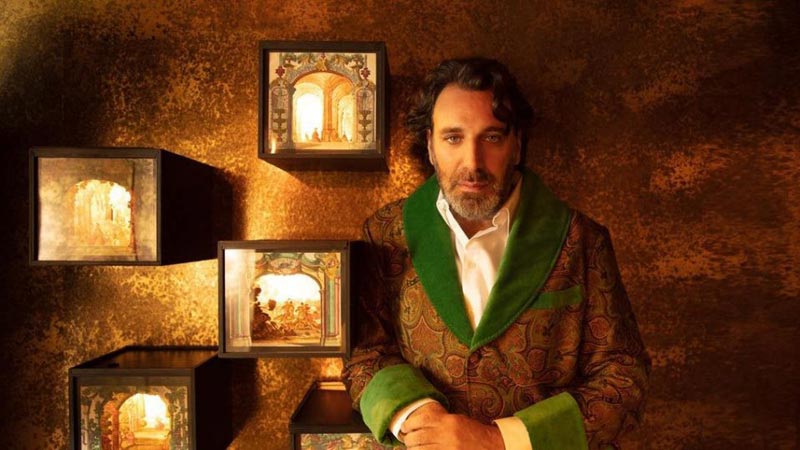 Pianist Chilly Gonzales has admitted shock at the quality of Wham! and Mariah Carey’s Christmas standards, after stripping them down to an “atomic level” for his first festive album.

The Grammy-winning Canadian musician, real name Jason Beck, recorded versions of Last Christmas and All I Want For Christmas Is You for the minor key, instrumental outing.

Titled A Very Chilly Christmas, the record features carols and classic Christmas songs, including In The Bleak Midwinter and Jingle Bells, as well as regular collaborators Feist and Jarvis Cocker.

The 48-year-old told the PA news agency he removed the “cheap synthesisers” and “fuzzy sweaters” to reveal what he considers “two incontestable modern-day Christmas standards”.

He said: “Certainly with the pop standards, George Michael and Mariah Carey are not folk songs. They decidedly are from an individualist point of view.

“It is all ‘I’ want for Christmas and last Christmas ‘I’ gave you my heart. So my challenge with those songs was to almost turn them into folk songs and try to remove the ‘I’ from them.

“(I wanted to) play them in such a straightforward way that you hear that right-hand melody, that left-hand accompaniment, and you might say, ‘Wow, what a beautiful song’, because it is finally divorced from its associations – its cheap synthesisers, drums machines, fuzzy sweaters in the video that you picture when you think of Last Christmas.

“But if you remove all of that, the piano has that power to reduce everything.

“It brings all music down to an atomic level, devoid of references, and references make the glory and the poison of so much music and nostalgia.

“I was surprised by how well constructed both pieces of music are. It made me realise why they have stood the test of time as new Christmas standards.”