* 'Saathiya co-starred' Vivek with Rani Mukerji, and the film revolves around Aditya and Suhani who elope after their parents oppose their love story 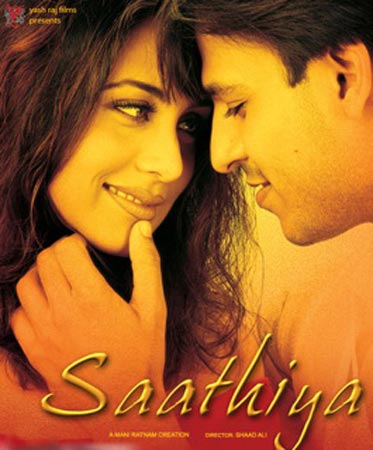 The Shaad Ali-directed ‘Saathiya’ was released 18 years ago on this day. Actor Vivek Anand Oberoi says the film is still relevant today and is close to his heart.

‘Saathiya co-starred’ Vivek with Rani Mukerji, and the film revolves around Aditya and Suhani who elope after their parents oppose their love story. However, rifts begin to develop in their romance.

Talking about the film, Vivek said: “Saathiya has always been so close to my heart! It’s an evergreen film and feels so relevant even almost two decades later… still connects straight to the heart! And at the heart of the film is it’s incredible music that makes you smile every time you hear it.”

However, rifts begin to develop in their romance

“I didn’t know what stardom felt like yet, we were shooting at a railway junction near Gaiety galaxy cinema, suddenly a mass of crowd starting forming around our shoot and I thought it must be for Rani, until they started chanting my name!” he added.

Vivek said it felt incredible to him and described it like “baptism of love and acceptance by the fans”.

“The crowd grew so large and out of control that we had to cancel our shoot! I was rushed into a vanity van for safety. There I was, all alone in the van, hearing my name being chanted by the crowd, absorbing the transformation and minutes later as it was all sinking in, Shaad came inside, gave me a hug and said, ‘tu star ban gaya mere bhai!’ A moment I will never forget!” he added.