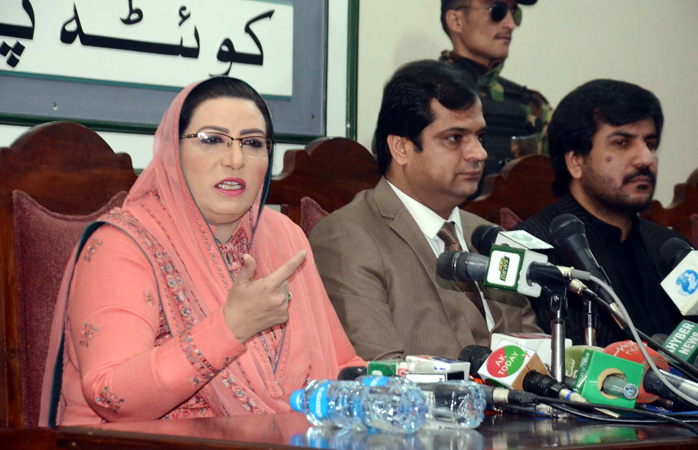 Special Assistant to Chief Minister Punjab for Information Dr Firdous Ashiq Awan has said that relations among Pakistan, Saudi Arabia and the United Arab Emirates are based on shared traditions, religious values and social similarities. She said this during her separate meetings with Ambassador of Saudi Arabia Nawaf bin Saeed Al Maliki and Ambassador of United Arab Emirates (UAE) Hamad Obaid Ibrahim at the respective embassies. During the meetings, issues of mutual interest, including promotion of bilateral relations with the two countries, were discussed. During a meeting with the Saudi ambassador, Dr Awan said that trade and economic ties between the two countries need to be further enhanced. She said in a meeting with the Ambassador of the United Arab Emirates that Pakistan and the UAE have deep, historic and fraternal ties, and the UAE stood by Pakistan in every difficult hour. The UAE ambassador appreciated the steps taken by the Pakistani government to control the coronavirus pandemic and said that the lockdown created difficulties but the government’s steps are commendable. Later, Dr Awan today called on Federal Interior Minister Sheikh Rasheed Ahmad here in the office of the Interior Ministry. She congratulated Sheikh Rasheed Ahmad on his taking over the portfolio of the Interior Ministry.