Mandviwala should approach court instead of targeting NAB, says govt 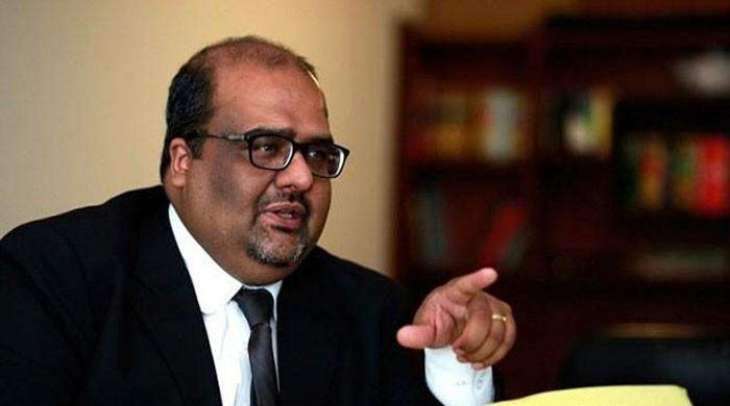 Adviser to Prime Minister on Accountability and Interior Barrister Mirza Shahzad Akbar Wednesday said the Pakistan Tehreek-e-Insaf (PTI) government will not allow anyone to disgrace the institutions.

Senate Deputy Chairman Saleem Mandviwala should challenge the court’s order regarding forfeiture of his stock market shares at the relevant high court instead of targeting NAB, he said while talking to media. “A member of parliament is not a sacred cow … any parliamentarian cannot use his official position for personal benefits,” he said. “There is no immunity to any parliamentarian and Mandviwala should not misuse his official position for personal gains,” he added.

He lamented that the opposition wants to make the country a ‘banana republic’. He said Mandviwala started targeting NAB after cases against him, adding that the government would defend the anti-graft body in Senate during the ensuing session scheduled to be held on December 30. He said the PDM was formed after failure of opposition to get an NRO. “The main objective of the opposition is to seek NRO. The opposition wants to get immunity from its corruption cases,” he observed. “The proposed amendments in the National Accountability Bureau ordinance by opposition are aimed at getting the immunity from their crimes which is not acceptable to the government,” he added.

Responding to a question, he said as per agreement with United Kingdom, the transfer of convicted prisoners is possible among two countries. “The UK government has assured considering the application of Pakistan to extradite Nawaz Sharif, whose visit visa application has already expired. The visa of Nawaz who is convicted should be cancelled,” the adviser opined.

Responding to another question, he said the amount recovered by NAB was deposited straight in the national exchequer. Some 25 new accountability courts are being established to expedite NAB cases, he said, and added that the government will take NAB cases to logical conclusion. The government is satisfied with the performance of NAB, he mentioned.