* Ali Abbas Zafar, who took over the reins of the 'Tiger' franchise and directed the second instalment, 'Tiger Zinda Hai,' created a benchmark for action spectacles in India 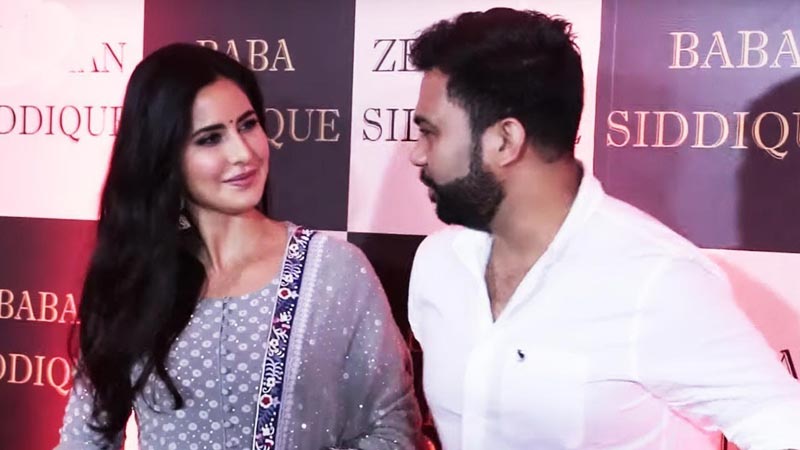 Director Ali Abbas Zafar has had a remarkable journey to the top in Bollywood.

He is the youngest director to have two 300 crore blockbusters to his credit with Sultan and Tiger Zinda Hai. Only Rajkumar Hirani has recorded this feat with PK and Sanju. An outsider from the city of Dehradun, Ali started his journey in Bollywood as an assistant director and graduated into becoming a star director that he is today on his own merit.

Ali Abbas Zafar, who took over the reins of the Tiger franchise and directed the second instalment, Tiger Zinda Hai (TZH), created a benchmark for action spectacles in India as the film became an all-time blockbuster in the history of Indian cinema.

On the third release anniversary of the film, Ali opens up about the journey of making the film and how he achieved his vision for TZH with Aditya Chopra. “It was a huge responsibility especially because the first part, Ek Tha Tiger, was a huge hit. Secondly, it was coming after Sultan and the kind of love Sultan got, it became an added responsibility for me and Adi to kind of put up a film in front of an audience which is on a level where you know when people walk out of it, they feel that we did justice to the characters created in the first part, as well as took it to the next level,” says the young director.

He adds, “The first film was mostly romance. But now that the characters were set, I just thought that the second part should be little more real and grounded. The socio-political scenario of the world, global problems with terrorism, and that’s what became the backdrop of the film. We were inspired by a true incident where 39 Indian nurses were captured by a terror group and we kind of gave it a fictional twist and that mission was created and conducted by RAW and Tiger.”

Ali opens up about Salman Khan’s reaction when the film was narrated to him. He says, “My discussion with Salman Sir when the script got ready, started with the title and the title was Tiger Zinda Hai. So, he smiled at me when we told him the title because his films have such iconic titles and somewhere or the other TZH pictures him in the best possible way one can think of Salman Khan. So, when I narrated to him the idea of the story, he kind of understood what we were trying to do with the film. Because the bone of TZH is about unity, peace, brotherhood, happiness and somewhere or the other Salman Khan as a brand stands for that.”

The film’s leading lady, Katrina Kaif, was unanimously lauded for being a slick, fighting fit, action heroine, who reinvented herself with this film. Ali says, “Katrina Kaif is a very important part of the Tiger franchise. Somewhere or the other Kabir had established a very strong hero, the female hero in the first part of Tiger. So for me, it was an additional responsibility to create Zoya’s character, which is as strong as Tiger in TZH. The idea was to give her own individuality. The track of Zoya in TZH is not only strong in the screenplay and storytelling but also comes across emotionally very strong.”

He adds, “I’ve always been around very strong women – my mother, the women in my family, my friends and so has Salman you know and so has Adi. So, the idea was that it was high time you know that a man cannot always save women in the time of distress. Women are equally powerful and can stand on their own and fight, irrespective of where they are and who they are fighting. The whole idea of creating Zoya was that she became the voice for the contemporary woman of our times. And how women have been in this field, where they don’t need anyone to fight for them. I think it’s high time we start celebrating women on the big screen.”

Tiger Zinda Hai is one of the biggest blockbusters of Indian cinema. Ask Ali what he thinks is the biggest USP of the film that connected with the audience, and he says, “I’m very thankful to God and the audience for making TZH one of the biggest blockbusters. I think the love for the film mostly came from the emotion of the film. It is patriotic but it is not jingoistic, it is commercial, it is entertaining, but somewhere or the other it does not waver from the emotion.”