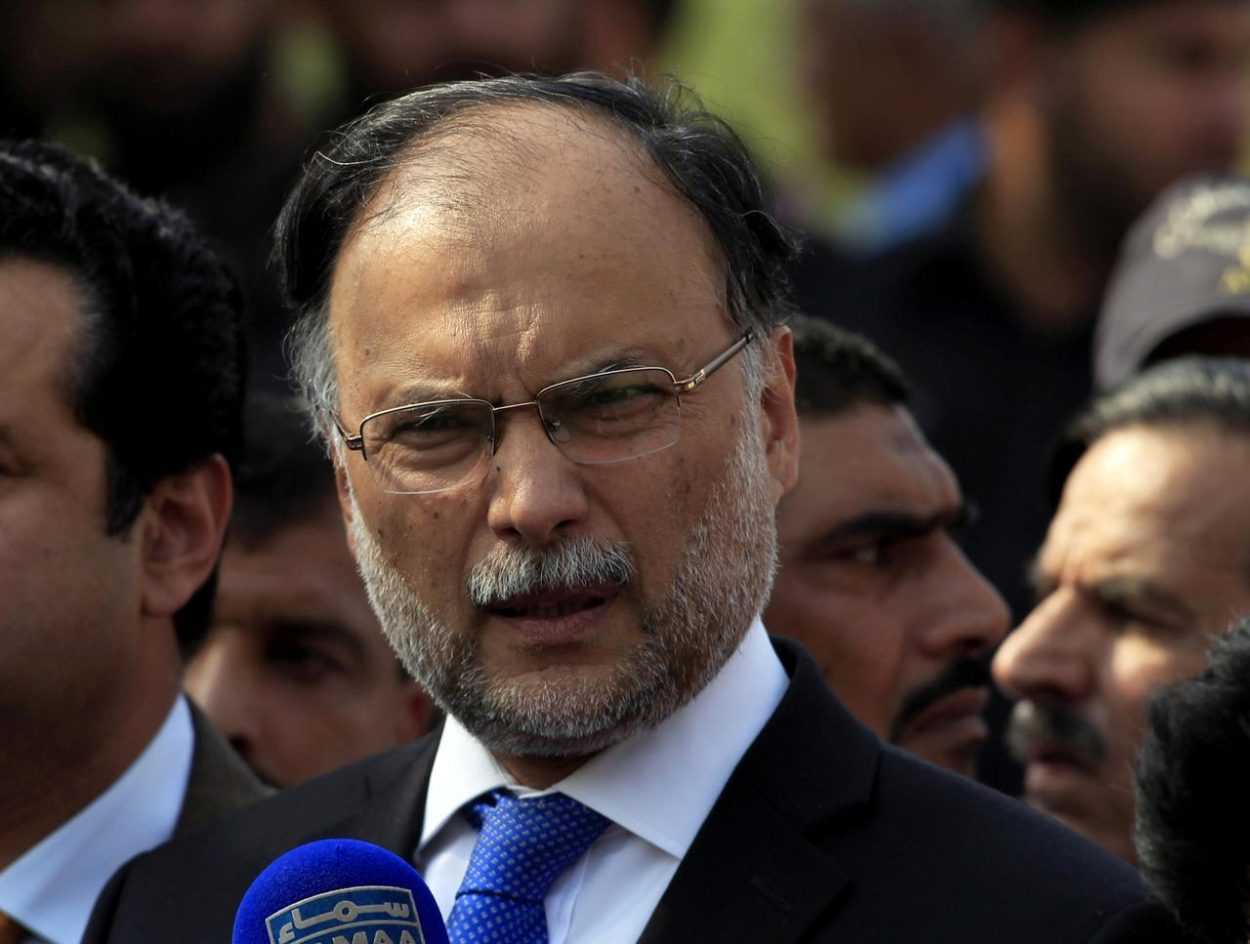 ISLAMABAD: PML-N leader Ahsan Iqbal, along with four others, has been indicted by an accountability court for their involvement in the Narowal Sports City Complex corruption case.

According to details, Judge Syed Asghar Ali conducted the hearing during which Iqbal, former director general of Pakistan Sports Board (PSB) Akhtar Nawaz Ganjera, and other suspects were produced before the court.

Subsequently, the indictment was filed against the suspects.

Following the session, the court while directing the National Accountability Bureau (NAB) to produce witnesses against Iqbal adjourned the hearing till January 12.

Iqbal was arrested by NAB on December 23 last year. He remained in custody for over two months. The Islamabad High Court (IHC) had on February 25 granted him bail. Nine months on, the agency filed the reference last month.

According to the anti-graft agency, the suspects misused their authority, “illegally enhancing the scope of [the] project from Rs34.75 million to Rs3 billion”.

The project was conceived in 1999 on Iqbal’s directives “without any feasibility study”, the alleged.

It is to be mentioned here that the National Accountability Bureau (NAB) had alleged the PML-N leader of illegally initiating a project of Rs 3 billion in Narowal and causing a loss worth billions to the national exchequer.

NAB claimed to have received a complaint that the Narowal Sports City was constructed at a cost of approximately Rs6 billion, which was a violation of rules.