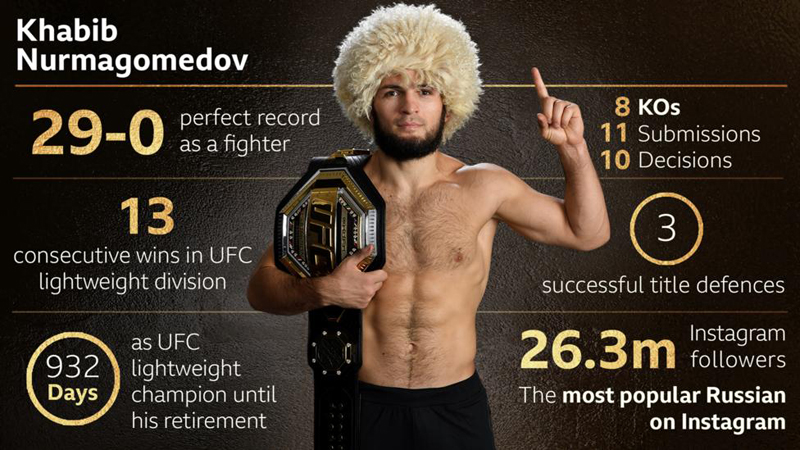 LONDON: The BBC on Friday announced that Russian UFC fighter Khabib Nurmagomedov has been voted BBC Sports Personality’s “World Sport Star of the Year.” According to the outlet, the 32-year-old sportsman created a professional record for himself with 29 victories. He defeated interim champion Justin Gaethje in a memorable match on October 24, 2020. It was an emotional win for the UFC lightweight champion who had lost his father, coach and mentor Abdulmanap only four months ago. Khabib, who is considered by some to be the “greatest mixed martial arts fighter of all time” announced his retirement from the sport, right after his victorious match with Gaethje. “Nurmagomedov’s 29-0 record in MMA included 13 straight victories under the UFC banner,” the report stated. “He successfully defended his lightweight title on three occasions and was seen as one of the most dominant athletes in MMA history,”