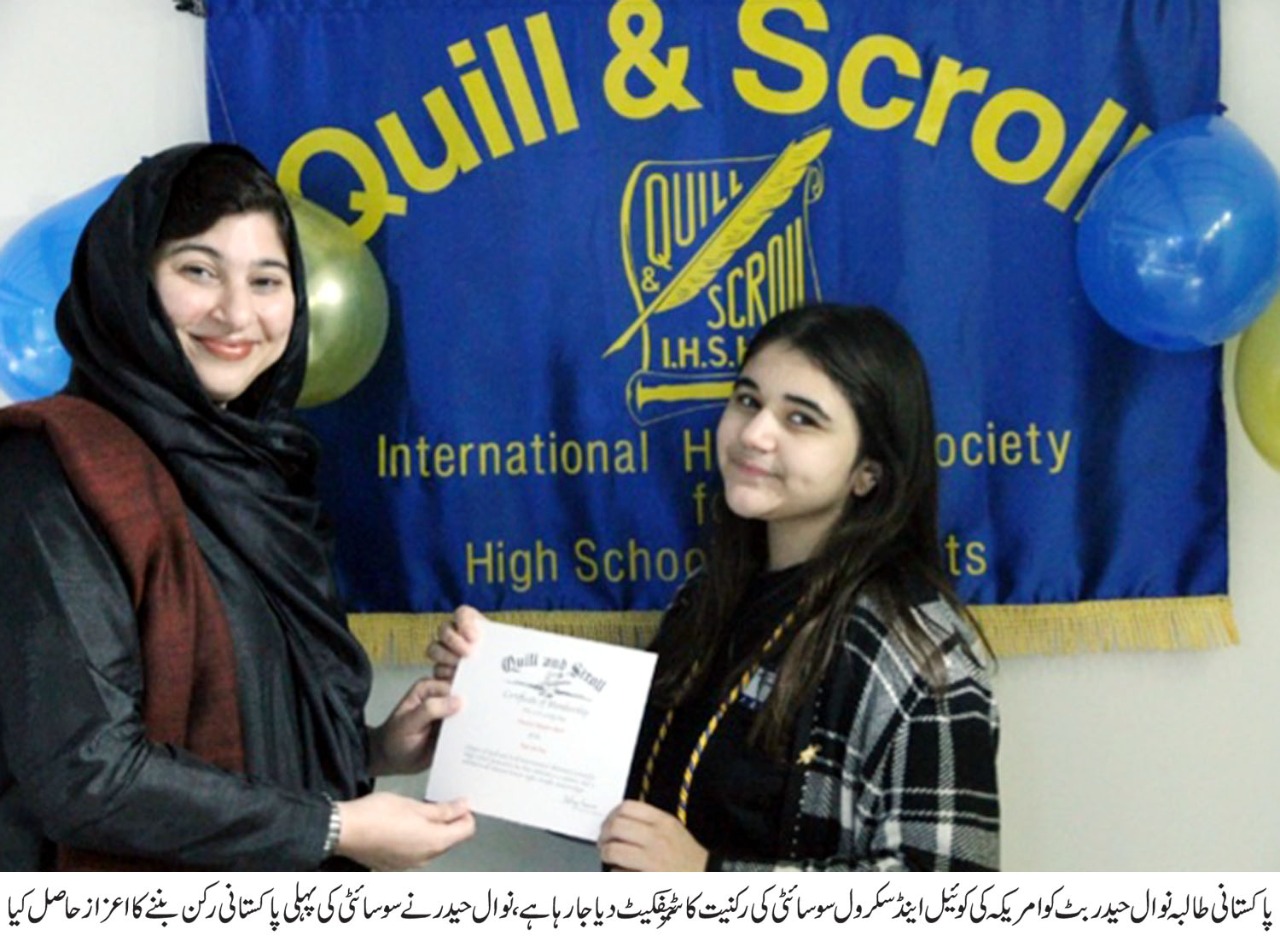 In recognition of her journalistic writings, a 10th-grade student of TNS Beaconhouse Nawal Haider Butt has been inducted as the first Pakistani member to the Quill and Scroll, which is an international high school journalism honor society that recognizes and encourages both individual and group achievements in scholastic journalism. Over 14,104 high schools in all 50 U.S. states and 44 countries have established local chapters of the Quill and Scroll. The organization was founded on April 10, 1926, and is based out of the University of Iowa.

Eye on Ivy, an education consulting firm, is the only Quill and Scroll chapter in all of South Asia and Pakistan.

A recipient of silver and bronze certificates in The Queen’s Commonwealth Essay Competition, Nawal Haider Butt has written articles for national newspapers, magazines and has authored an anthology of fiction and prose poetry on mental health.