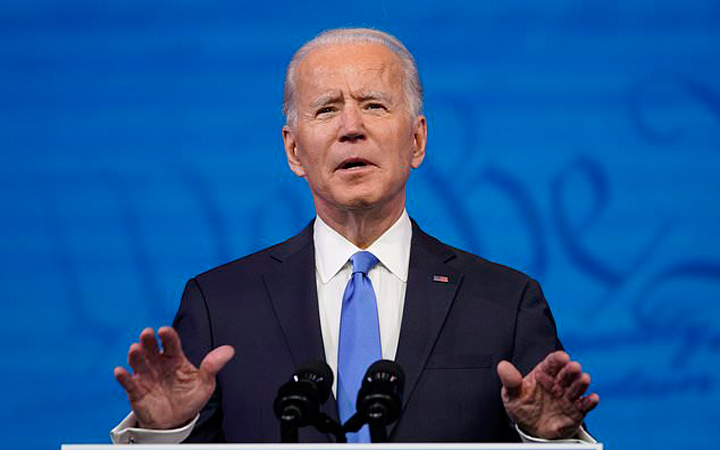 The US Electoral College decisively confirmed Joe Biden on Monday as the nation’s next president, ratifying his November victory in an authoritative state-by-state repudiation of President Donald Trump’s refusal to concede he had lost.

The presidential electors gave Biden a solid majority of 306 electoral votes to Trump’s 232, the same margin that Trump bragged was a landslide when he won the White House four years ago.

Heightened security was in place in some states as electors met to cast paper ballots, with masks, social distancing and other pandemic precautions the order of the day. The results will be sent to Washington and tallied in a Jan 6 joint session of Congress over which Vice President Mike Pence will preside. For all of Trump’s unsupported claims of fraud, there was little suspense and no change as every one of the electoral votes allocated to Biden and the president in last month’s popular vote went officially to each man. On Election Day, the Democrat topped the incumbent Republican by more than 7 million in the popular vote nationwide.

“Once again in America, the rule of law, our Constitution, and the will of the people have prevailed. Our democracy — pushed, tested, threatened — proved to be resilient, true, and strong,” Biden said in an evening speech in which he stressed the size of his win and the record 81 million people who voted for him.

He renewed his campaign promise to be a president for all Americans, whether they voted for him or not, and said the country has hard work ahead on the virus and economy. But there was no concession from the White House, where Trump has continued to make unsupported allegations of fraud.

Trump remained in the Oval Office long after the sun set in Washington, calling allies and fellow Republicans while keeping track of the running Electoral College tally, according to White House and campaign aides. The president frequently ducked into the private dining room off the Oval Office to watch on TV, complaining that the cable networks were treating it like a mini-Election Night while not giving his challenges any airtime.

The president had grown increasingly disappointed with the size of “Stop the Steal” rallies across the nation as well as efforts for the GOP to field its own slates of electors in states. A presidential wish for a fierce administration defense led to TV appearances early Monday by Stephen Miller, one of his most ferocious advocates, to try to downplay the importance of the Electoral College vote and suggest that Trump’s legal challenges would continue all the way to Inauguration Day on Jan. 20.