Once upon a time: Pakistan’s fabled storytellers fade away 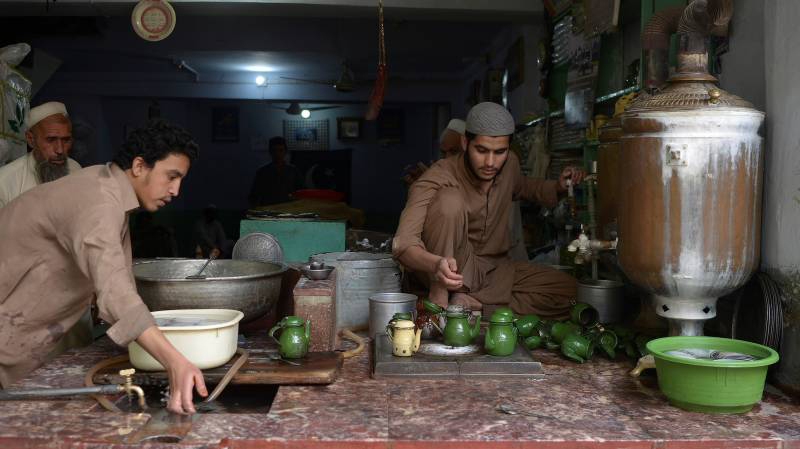 Mohammad Naseem’s eyes shine while he shares the legend of a remote, alpine lake nestled among snow-capped Himalayan peaks as a rare crowd of onlookers hears one of Pakistan’s last ‘storytellers’.

The story of Saiful Muluk – the winding saga of a brave prince who falls in love with a fairy – is just one of the 50 tall tales passed down to Naseem by his father.

“Usually people tell me I’m crazy when I tell these stories,” says Naseem, whose long white beard and traditional cloak give him the timeless appearance of a storyteller of old.

The 65-year-old shopkeeper says it would take days to recite all the stories he learned by heart that are imbued with “the history, the culture” of the land.

But few are still listening.

Naseem says he hasn’t bothered sharing the stories with his six children, and friends are no longer interested in hearing them as social media, video games, and soap operas have all but eclipsed his ancient art.

Video platform TikTok is now a major source of entertainment for the country’s youth, wildly popular in part because it is accessible to illiterate users in rural areas – just as the legends of old once were.

“When I die, these stories will die with me,” sighs Naseem outside his shop in Shogran, where winter snows have blanketed the mountains. 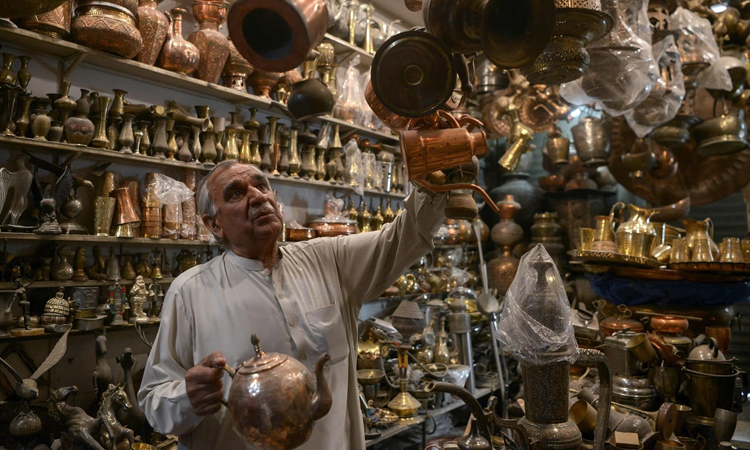 Peshawar has long been the country’s stronghold of oral history, its Qissa Khwani or “storytellers bazaar” a Silk Road hub where travellers and locals alike congregated to hear a well-spun yarn. The bustling frontier capital was once “the Times Square of the region” because of “the excellence of its storytellers,” explains Naeem Safi – a consultant at an Islamabad-based institute dedicated to Pakistani folk heritage, where cassettes of stories told at the bazaar have been archived. “Writing was not very popular. The transfer of knowledge was verbal. Storytelling was fundamental. People considered themselves educated if they had heard enough stories,” says Safi.

Before rickshaws and buses clogged its narrow lanes, the market was littered with Silk Road caravans of wandering traders who often stayed the night after the city’s 16 gates were sealed at dusk.

In the evenings, the merchants would hear the city’s famed storytellers – who shared tales about the perils of the road, news of wars and local lore. Storytellers were “the communication tools of that time, they were the messengers,” said Ali Awais Qarni, a researcher in history and literature at the University of Peshawar.

“When they were telling the truth, they would always add a little poetry and colour to it,” he said.

“People would listen to them for hours. Sometimes a story could last a week, or a month.” The bazaar’s tea houses and salons have been replaced by neon signs on garish structures that now dot the traffic-choked streets. “There may be some storytellers left, but the tradition is gone. It has transformed into other forms of storytelling,” Safi added.

Long-time Peshawar resident Khwaja Safar Ali, 75, remembers his youth in the city when the arrival of caravans was met with excitement. During the day, “we used to run between the camels’ legs,” he recalls. And when evening came, “we would all sit together and listen to the storytellers”. “They would tell us about Kabul, the USSR [and] Uzbekistan. We learned about these countries through them.”

Modern transportation eventually killed off the caravans, which even by the 1960s had become an increasingly rare sight in the area. Storytellers continued to perform for smaller circles, but were gradually replaced by radios and then televisions.

This autumn one of Peshawar’s few remaining storytellers died aged 86, said Jalil Ahmed, a tour guide who frequently took his clients to hear the recitations.

The narrator once owned a small hotel where caravanners lodged and listened to stories “for a few pennies” over steaming cups of green tea.

“But now the only way to see storytellers in Peshawar is to go to the cemetery,” Ahmed sighed.