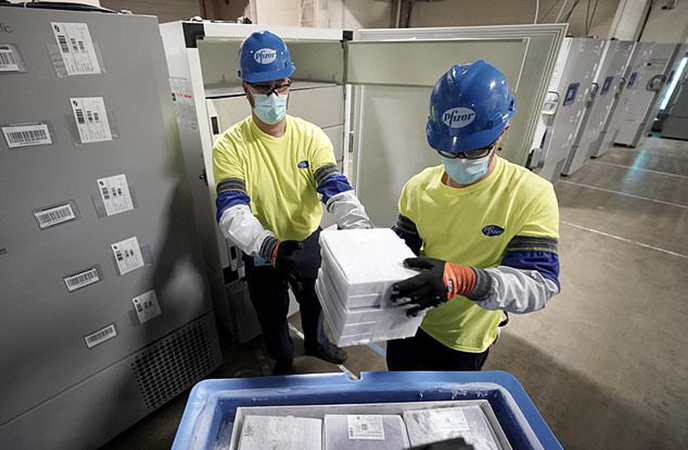 After 110,000 deaths ravaged the nation´s nursing homes and pushed them to the front of the vaccine line, they now face a vexing problem: Skeptical residents and workers balking at getting the shots.

Being first has come with persistent fears that the places hit hardest in the pandemic – accounting for nearly 40% of the nation´s death toll – could be put at risk again by vaccines sped into development in months rather than years. Some who live and work in homes question if enough testing was done on the elderly, if enough is known of side effects and if the shots could do more harm than good.

“You go get that first and let me know how you feel,” said Denise Schwartz, whose 84-year-old mother lives at an assisted living facility in East Northport, New York, and plans to decline the vaccine. “Obviously it would be horrible for her to get COVID, but is it totally safe for someone who´s elderly and in fragile health?”

As the U.S. begins shipping out freezer-packed vials of newly approved vaccine from Pfizer and its German partner BioNTech, public health officials say the answer is yes.

Everyone from members of the military to former presidents have announced their intentions to get the shots, echoing the refrains of others who say the drugs are the product of rigorous review, firm data and independent experts.

In an ongoing study of nearly 44,000 people, the U.S. Food and Drug Administration found the vaccine was safe and more than 90% effective across recipients of different ages, including older adults and those with health problems that put them at high risk of COVID-19.

But the undercurrent of doubt in nursing homes persists, sometimes fueled by divisive politics, distrust of institutions and misinformation. And so far, the workers are the ones being heard the loudest.

“Folks are concerned about it, that it was rushed through by people who were not listening to the science,” said Denise Allegretti, a director at 1999 SEIU, the nation´s largest healthcare worker union.

Internal surveys by groups including the American Nurses Foundation suggest many workers in long-term care facilities are so concerned about the vaccine they would refuse it.

“I will not be the test dummy,” wrote one respondent to a survey by the National Association of Health Care Assistants. “It´s not going to be safe and I won´t trust it,” added another. Some respondents just answered, “No way!”

Christina Chiger, a 33-year-veteran nurse´s aide at a nursing home in Tampa, Florida, is exhausted and frightened after a relentless nine months that left two dozen residents dead and made 16-hour shifts common. But she has no plans to take the vaccine, for now at least.

“Will there be side effects? Will it actually work?” she asked. “If we all get sick from taking this, who´s going to take care of our patients?”

Resistance to the vaccine in nursing homes is not entirely unexpected – about 3 in 10 staffers, and 2 in 10 residents were not vaccinated for the flu last year, for example – but it´s no less worrisome.

Given how easily COVID-19 spreads, particularly in communal settings, experts believe around 70% of the population will need to receive the vaccine for it to be successful.

Cultural issues could also be at play. People of color make up a majority of aides and other frontline workers in nursing homes, and some minorities express mistrust of medicine that experts see linked with past abuses.

A poll released last week by The Associated Press-NORC Center for Public Affairs Research found Black and Hispanic people in the U.S. are far less likely than white people to agree to be vaccinated. Some 53% of whites said they would get the shots, compared with 24% of Blacks and 34% of Hispanics.

The AP-NORC poll also found women were less likely than men to say they would be vaccinated. An estimated 9 in 10 front-line nursing home workers are women. Overall, about a quarter of U.S. adults said they would refuse to get a vaccine, and another quarter said they weren´t sure.

“They don´t trust it. They don´t trust the science,” said Lori Porter, who heads the health assistants group and blames the Trump administration for making faith in science a political issue and undermining his own experts. “There´s so much misinformation that has circled over this pandemic this whole year that they don´t feel they can trust anyone.”