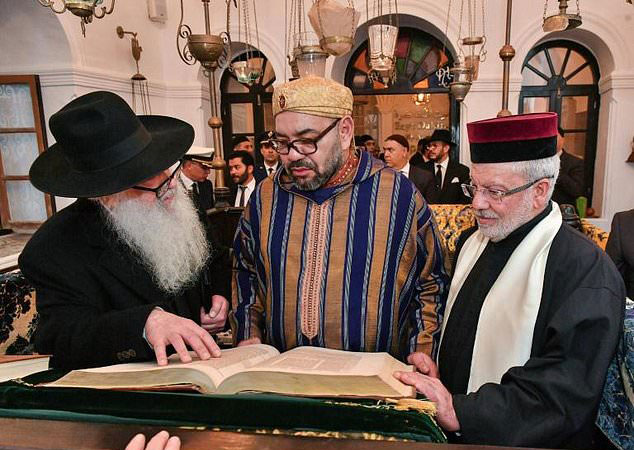 Jewish history and culture in Morocco will soon be part of the school curriculum — a “first” in the region and in the North African country, where Islam is the state religion.

The decision “has the impact of a tsunami,” said Serge Berdugo, secretary-general of the Council of Jewish Communities of Morocco.

It “is a first in the Arab world,” he told AFP from Casablanca.

For years, although the kingdom had no official relationship with Israel, thousands of Jews of Moroccan origin visited the land of their ancestors, to celebrate religious holidays or make pilgrimages, including from Israel. But Morocco this week became the fourth Arab nation since August to announce a US-brokered deal to normalise relations with Israel, following the United Arab Emirates, Bahrain and Sudan. Israeli Prime Minister Benjamin Netanyahu said liaison offices would be reopened in Tel Aviv and Rabat, which Morocco closed in 2000 at the start of the second Palestinian uprising, and full diplomatic relations would be established “as rapidly as possible”.

The decision to add Jewish history and culture to lessons was discreetly launched before the diplomatic deal was announced. Part of an ongoing revamp of Morocco’s school curriculum since 2014, the lessons will be included from next term for children in their final year of primary school, aged 11, the education ministry said.

The move aims to “highlight Morocco’s diverse identity”, according to Fouad Chafiqi, head of academic programmes at the ministry.

Morocco’s Jewish community has been present since antiquity and grew over the centuries, particularly with the arrival of Jews expelled from Spain by the Catholic kings after 1492.

At the end of the 1940s, Jewish Moroccans numbered about 250,000 — some 10 percent of the population. Many left after the creation of the state of Israel in 1948, and the community now numbers around 3,000, still the largest in North Africa. Jewish presence in Moroccan culture now appears in the primary-level social education curriculum, in a section dedicated to Sultan Sidi Mohammed Ben Abdellah, known as Mohammed III. The 18th-century Alawite ruler chose the port of Mogador and its fortress, built by Portuguese colonists, to establish the coastal city of Essaouira.

Under his leadership, the diplomatic and commercial centre became the only city in the Islamic world counting a majority Jewish population, and at one point had 37 synagogues. “While there was a Jewish presence in Morocco before the 18th century, the only reliable historical records date back to that time,” Chafiqi said.