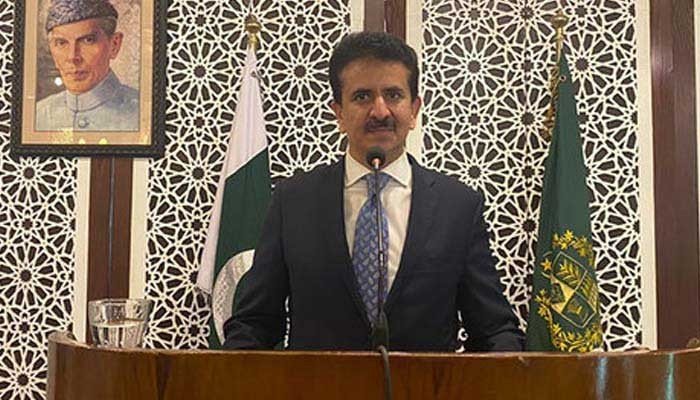 Pakistan has rejected the Indian attempt to deny responsibility for the elaborate and reprehensible global disinformation campaign against Pakistan exposed by EU DisinfoLab.

In a statement on Saturday, Foreign Office Spokesperson Zahid Hafeez Chaudhri said the independent, non-profit disinformation watchdog’s latest report illustrates in graphic detail the web of more than 750 media in 116 countries; over 550 website domain names registered; resurrection of dead people; impersonation of EU institutions and direct control of more than 10 NGOs accredited to the UN Human Rights Council, utilized for the purpose of pushing fake news and false Indian propaganda against Pakistan since 2005.

He said the Indian Ministry of External Affairs’ tall claims have no legs to stand on. He said the latest developments and international exposés have clearly shown that India is neither ‘responsible’ nor a ‘democracy’.

He said the report by EU DisinfoLab goes to further corroborate our long-held position about India’s incurable obsession with Pakistan and its unrelenting smear campaign against Pakistan.

The spokesperson said we urge the UN Human Rights machinery, particularly the Human Rights Council, to take a serious look as to how a prestigious platform such as the HRC could be misused in such a manner against a member state.