Special Assistant to the Prime Minister on Overseas Citizens and Human Resource Development Zulfikar Bukhari on Saturday said the government has brought back 8,700 Pakistanis imprisoned abroad. 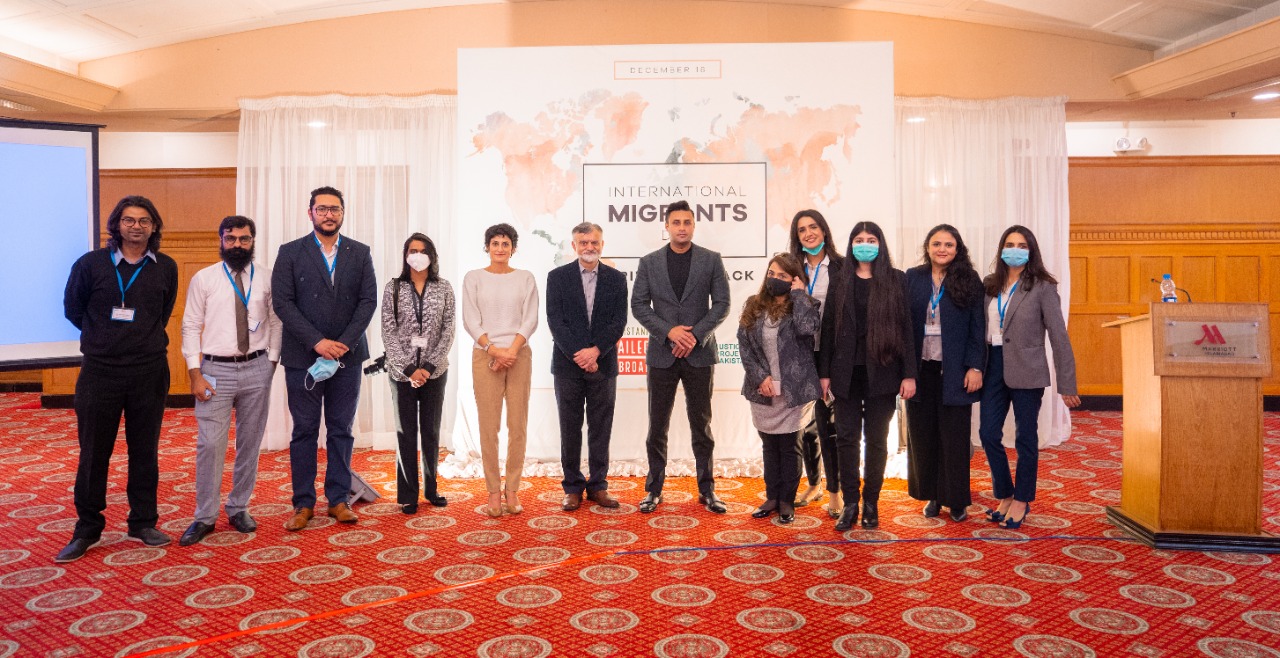 “I can assure you that our government will not forsake Pakistanis imprisoned abroad and we will work to bring all destitute and vulnerable Pakistanis whether they have committed a crime or not,” Bukhari said while speaking at a small gathering hosted by Justice Project Pakistan (JPP) to commemorate the upcoming International Migrants Day (Dec 18) and celebrate the return of 41 Pakistanis earlier imprisoned in Sri Lanka. The prisoners were repatriated under a 2004 agreement that allows eligible prisoners to be returned to their home countries.

“It is very difficult to live in a foreign country without your family and we are doing everything possible to help out their loved ones back home and offer scholarships to their children,” Bukhari said while talking about Pakistanis working abroad, adding that nearly a million people have been sent abroad for work by the Pakistani government in the 18 months prior to the pandemic.

“This is our fundamental responsibility to fulfill. To ensure that our prisoners are not only sent back but that their issues here are looked after,” said Pakistan’s High Commissioner to Sri Lanka while addressing those attending via video link. “For all the prisoners who are left here, we will do our utmost best to help you,” he added. Former Commissioner of Sri Lanka’s Human Rights Commission Ambika Satkunanathan also addressed the gathering virtually and thanked the Pakistani government for extraditing the prisoners and returning them home.

In November, 41 prisoners from Sri Lanka were successfully repatriated and returned to Pakistan, to serve out the rest of their sentences close to their family and friends. Earlier this year, many prisoners were also repatriated from countries such as Saudi Arabia and the UAE. Due to the spread of Covid-19 and the fact that prisons are a hotbed for the virus, returning Pakistani citizens imprisoned abroad is imperative.

Due to the lack of a uniform consular policy, Pakistani citizens imprisoned abroad lack consular support and adequate legal representation, often suffering due process violations such as long periods of detention without charge or trial. The majority of Pakistani prisoners in foreign jails are arrested for non-lethal crimes such as drug trafficking, theft and violation of immigration laws.

The event was also attended by foreign dignitaries, including the German Ambassador to Pakistan Bernhard Schalgheck, as well as local politicians and parliamentarians.

Sarah Belal, Executive Director of Justice Project Pakistan, adds: We are grateful to Special Assistant to PM Zulfikar Bukhari and all the others in the government working for the welfare of Pakistanis abroad. However, while JPP is heartened by the Pakistani government’s initiative and commitment to this cause, there still remain over 11,000 Pakistani prisoners imprisoned in jails abroad. We hope that the efforts regarding the repatriation of prisoners languishing in foreign jails will continue so that thousands of Pakistanis can return home.