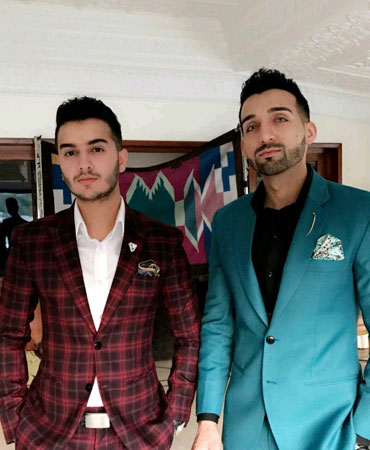 In a post on Instagram, the vlogger shared a photo of himself posing with Shahveer Jafry from the event, smiling happily.

In the caption, Sham Idrees took made a joke saying that his “baby boy is all grown up” and since his buddy is no longer single, his daughter Sierra Idrees needs a new friend.

“My baby boy @shahveerjay all grown up! Engaged! So happy for you and our Bhabi. @officialsierraidrees needs a friend,” the caption read.

Jafry made headlines on Thursday when he announced on social media that he was engaged to Ayesha Baig, who is a fashion designer by profession.