Japan urges “quiet” year-end, but to keep up tourism campaign 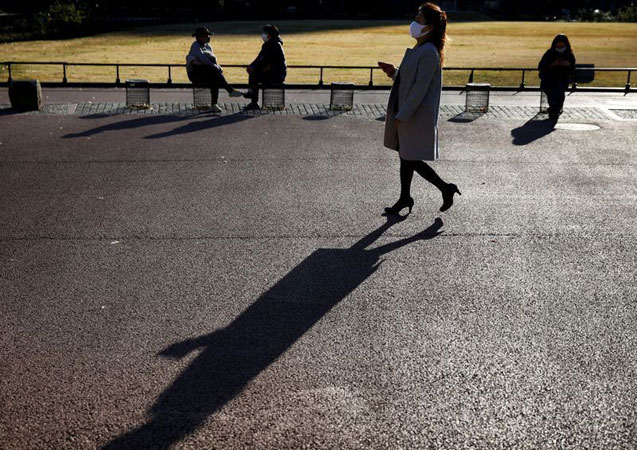 Japan’s government urged people on Friday to spend a “quiet” year-end after daily coronavirus infections hit a record, but said it would keep providing subsidies to promote tourism despite media reports that it may pause the campaign.

“The reports are not true, we will continue to operate it in an appropriate way, striving to prevent infections spreading,” the government’s top spokesman, Chief Cabinet Secretary Katsunobu Kato, said at a regular press briefing. New coronavirus infections in Japan reached 2,848 cases on Thursday, the most in a single day since the pandemic began.

Media reports said that Prime Minister Yoshihide Suga’s administration was mulling a pause in the “Go To Travel” campaign for around two months at year-end and into the New Year as public opinion has shifted to supporting a halt. Suga’s government has so far defended the subsidies as necessary to keep hotels and airlines in business and revive an economy hurt by a pandemic that has kept people at home.

His administration, which this week announced a fresh $708 billion economic stimulus package, said on Friday it will also use 385.6 billion yen ($3.7 billion) of emergency budget reserves to fund a shortfall in the travel campaign, which is set to run until the end of June. A report this week from researchers at the University of Tokyo and University of California, Los Angeles (UCLA) found a higher incidence of COVID-19 symptoms among people participating in the travel campaign compared with the general public.

Japan won’t begin mass inoculations against the virus until next year at the earliest. It has ordered 290 million vaccine doses from Pfizer Inc, AstraZeneca Plc and Moderna Inc and plans to buy 10,500 deep freezers to store them in.