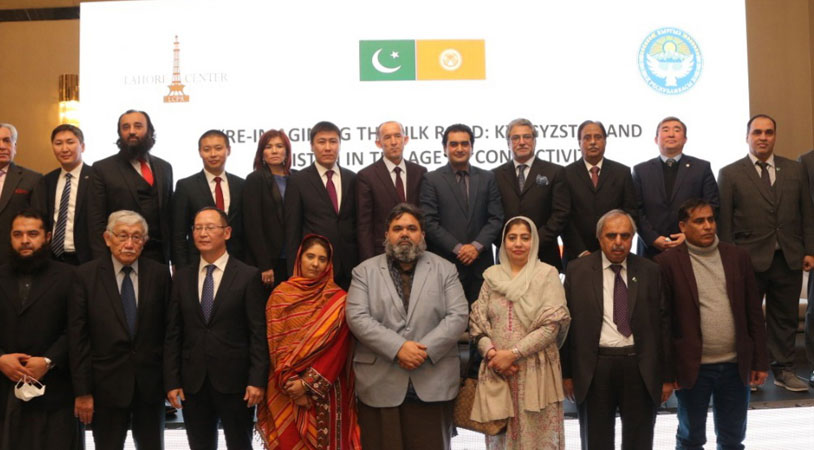 The Lahore Center for Peace Research is hosting a two-day conference on “Re-Imagining the Silk Road- Pakistan Kyrgyzstan Relations in the Age of Connectivity” at the Sheraton Hotel in Bishkek, Kyrgyzstan. On the first day of the conference, the Ambassador of the Republic of Kyrgyzstan to Pakistan, Mr. Eric Beshibimov, said that Pakistan is strategically important for Kyrgyzstan. As a landlocked country, Kyrgyzstan wants access to global markets through ports such as Gwadar and Karachi. The Kyrgyz ambassador stressed that undergoing basic projects such as Pakistan, China, Kyrgyzstan and Kazakhstan Road must be completed as soon as possible.

He said that holding such bilateral events would boost trade, investment and tourism which are mutually beneficial for both the countries. The Kyrgyz ambassador said co-operation between the two countries is ongoing during the 19 epidemics.

He added that work needs to be done to promote tourism and that the easy visa regime should be implemented. Chairman University of Lahore, Mr Awais Rauf while addressing the conference said that praised Kyrgyz private institutions for the quality of Kyrgyz education and the hospitality of Pakistani students who feel at home in Kyrgyzstan.

Expressing his views, Nazir Hussain, Executive Director, Lahore Center for Peace Research, said that Pakistan was keen to engage with the Central Asian states and was looking forward to finding new avenues of cooperation between the two states.