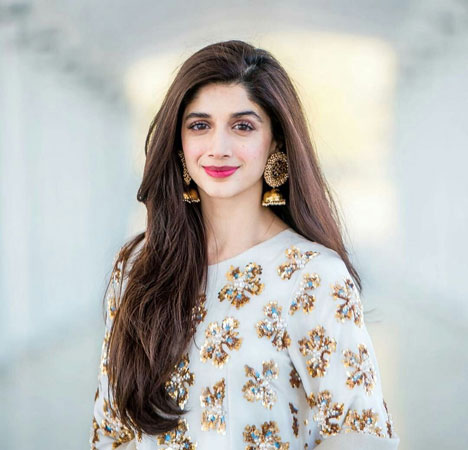 Mawra Hocane is one of the only local celebrities on Instagram, making use of the micro-blogging app to connect with her followers since before it was popular in Pakistan. Now, the Main Bushra actor has opened up about the challenged she faced online.

Talking to Mira Sethi on her YouTube show Hello! Mira Sethi earlier in November, the 28-year-old shared how she came to be known as ‘one of the firsts to discover the power of Instagram’. According to Mawra, it was a fluke that she discovered the app and started enjoying it, unbeknownst to its influence in the coming years.

“I keep telling people to not give me credit for being one of the firsts. It was just something I enjoyed doing… taking pictures on set and posting it. My costars at the time, including Faysal Qureshi, Adnan Siddiqui, Saba Hameed used to ask me what I was doing,” she recalled. She shared how no one really knew that it would become so big and such an integral part of being a public figure. “I used to just post these random pictures and then it exploded went on to become what it is today.”

However, being on social media isn’t all rainbows. Mawra opened up about her experiences with online abuse, saying, “I’ll be honest, it was really hard in the start, say, six years ago. I’ll tell you how it started Like I am giving an interview right now and because I am a human, I might say something wrong. But five years ago, I realised that if I say anything wrong, it is a sin! You cannot say anything wrong.”

“You’ve been placed on such a pedestal where you can’t say anything wrong. The first time this hit me, I thought of shutting everything down and just leaving. I even thought of leaving acting, it was that bad,” she shared. “I left for Sydney for a while and told my parents that I didn’t want to do any of it anymore.”

The Jawani Phir Nahi Aani 2 actor also opened up how her mind was fragile back then, unable to sort out the positives from the noise, and how she was run down with death threats.

“I am scared of even defending myself anymore. I think, ‘Okay, I am wrong! But are you really going to take my life for that?’” she said. “Since then, I chose to give standard answers in every interview I go to.”

For the Main Gunehgar Nahi actor, the fear has still not left her. “It was such a traumatising thing for me at that age that I don’t want it happening to me again.”