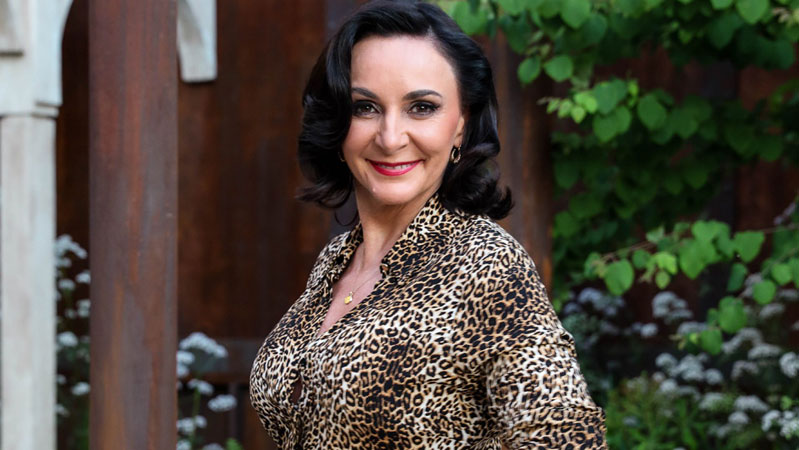 Coming from a single parent family in the 60s and 70s, Shirley Ballas faced her fair share of bullying from her peers. Recounting her childhood to Kate Thornton on White Wine Question Time, the Strictly Come Dancing star said that not having a father meant she was the target for abuse, but it’s made her a stronger person.

“Where my brother crumbled under that a little bit, I flourished on it,” said Ballas, referring to her older brother, David, who died by suicide in 2003.

She continued: “I think that’s why I can handle my social media and the horrible things that are said to me on social media. I thank those people that were mean, I do!”

Ballas, who became head judge on Strictly Come Dancing in 2017, said that she’s used to getting negative comments on social media for what she wears on the show.

“I got bombarded on social media this week,” she revealed. “Some people liked my blue dress, another lady said ‘You’re minging! Horrible dress – get it off. Too old!’

“Everyone’s entitled to an opinion. It’s not what they say, it’s the way they say it. I’m used to criticism in a big way, so I can accept it, but just perhaps the way some people word it – if they’re listening – would be nice!”

For Ballas, who turned 60 this year, facing criticism over her appearance is nothing new. Despite being a world champion Latin dancer, she was frequently berated for her curvy figure.

“In my industry, it was tough,” she told Thornton. “I always had a very curvy shape.”

She continued: “They used the word fat. I remember standing in Miami… And Corky [her ex-partner] bear in mind was very tiny, beautiful physique, 27-inch waist, quite broad shoulders – and a lady behind me said, ‘Oh my goodness, Shirley, your bum is twice the size of his!’ You know what? It wasn’t funny.”

Ballas, who revealed to Thornton that she still struggles with self-esteem issues, says she has no regrets however, as everything has bought her to where she is today.

However, while therapy and boyfriend Danny Thomas, 47, are helping the head judge deal with confidence issues, she believes it’s something that unfortunately will always stay close to her.

“I think I’m always going to have an issue with myself, to be honest with you,” she said.

“Other people will always try to change it, but I think it’s so embedded in me that I will always have an issue with me to do the best, look the best, that I can in the public eye. I just have high standards for myself, I think!”