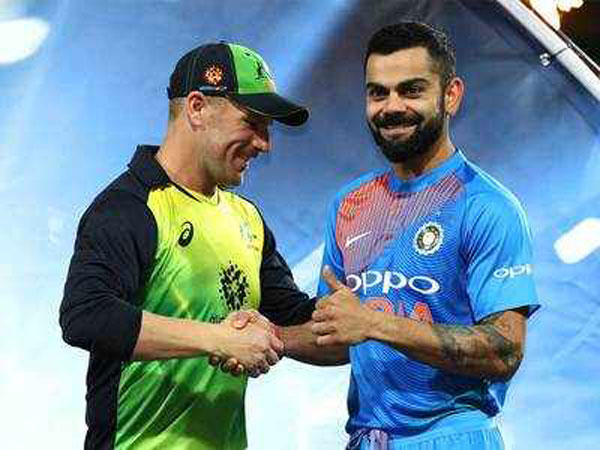 SYDNEY: India have a golden chance to claim a 3-0 Twenty20 International series sweep in Australia without really hampering their preparation for the upcoming Test series. Neither Jasprit Bumrah nor Mohammed Shami were required in the series-clinching win on Sunday night with India’s attack doing the job in pegging back Australia after conceding a fast start. T Natarajan was outstanding again with the ball while Shardul Thakur played a role as well in controlling Australia through the middle overs after Matthew Wade’s onslaught. Both have the chance to embed themselves in India’s T20 set-up while Tuesday could provide an opportunity for India to experiment with their batting line-up with the series won thanks to Hardik Pandya’s heroics.

Australia have had their selection hand forced throughout the series due to injury and have no reason to risk any Test players. Australia will be very happy with how the legspin pairing of Adam Zampa and Mitchell Swepson went on Sunday night, but the pace stocks have been tested with Pat Cummins, Mitchell Starc, Josh Hazlewood, and Kane Richardson all absent. Sean Abbott, Daniel Sams, and Andrew Tye have all showed glimpses of handling the level but also have been exposed at times. All can only benefit from more opportunities albeit without a series on the line.

D’Arcy Short’s place in Australia’s broader T20 plans ahead next year’s World Cup may well be under review after his two outings in this series. In fairness to Short he has been on the fringes for some time and was not initially selected in the squad. He only came into consideration when David Warner was injured, but despite remaining a dominant force in the BBL he has failed to translate that form to international cricket. In his last 11 T20 internationals over a two-year period he has scored just 190 runs at 17.27, without a half-century, at an alarming strike-rate of just 95.95. He also hasn’t bowled a ball in this series. T Natarajan could make a case to be player of the series on Tuesday if he continues his stunning form. Hardik Pandya thought he should have been Player of the Match in the second T20I at the SCG producing stunning figures of 2 for 20 on a surface where most of the fast bowlers copped a hiding. His left-arm variety, exceptional skills, and ability to execute under pressure could make him a vital part of India’s T20 attack heading into the World Cup.

Australia coach Justin Langer said captain Aaron Finch was a chance to return for Tuesday’s clash despite missing Sunday’s loss due to a minor glute strain. If Finch does return, Short would be the obvious man to either slide down the order or make way altogether. Steven Smith could also be rested which would open the door for Marcus Stoinis to move up to No.3 and perhaps give Alex Carey another opportunity after he was dropped for Wade in England. The attack may well be unchanged with no need to risk Hazlewood who missed Sunday’s match with back soreness. India have no reason to make a change unless anyone needs a rest before the Test series. There is no need for India to play Shami or Bumrah and both could get an extended break to prepare themselves for their Test workloads.