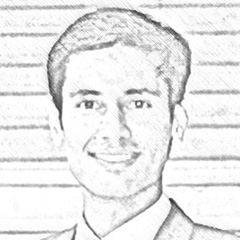 Radical changes have been taking place in the Middle East since UAE signed normalization deal with Israel a few months ago. Bahrain and Sudan followed the suit and recently a secret meeting was reportedly held between Muhammad Bin Salman, the de-facto ruler of Saudi Arabia and Israeli Prime minister Benjamin Netanyahu, facilitated by the US secretary of the state Mike Pompeo in Neom, a city of KSA. What is compelling the Arab world especially the gulf monarchies to change their longstanding position on Israel and rush towards normalization; here are some possible reasons.

Firstly, the global world order has been changed. It is no longer a unipolar. Fareed Zakria, a foreign policy expert and columnist at Washington Post, in his recently published book “Ten Lessons for a Post-Pandemic World” writes that the United States is no longer the world hegemon and a bipolar system has been established with China as a new global power. This change also brought about fluctuations in geopolitical environment of many regions. The Middle East has no exception to it. In the US, there is a bipartisan consensus regarding China’s immediate threats to the country’s strategic interests. The 2008 national security policy of the US termed both China and Russia as important partners for the future. However, now with the new strategy of 2018, both have been described as strategic competitors and threat to the free world. In this era of global power competitions and of alignments and realignments, there is little space left for security sensitive states to navigate. Owing to the nature of bipolarity and realities of antagonistic Hobbesian international system, the insecurities of the Gulf countries are
understandable.

Currently, Israel’s all eggs are in one basket and that basket belongs to the United States

Secondly, Iran “Turn to East” policy is also shrinking diplomatic and strategic space for the Gulf world and compelling it to seek Israeli patronage. Iran has been grappling with illicit US sanctions which compelled it to fill the space by extending hand to China and Russia. The recent Sino/Iran strategic deal could be a lifeline to moribund Iran’s economy and would allow it to continue its regional expansionist agenda. The strategic dimensions of the deal are being seen with suspicions by Washington and its Gulf partners as the proposed Chinese military bases in Jask and Chabahar port would give both countries a military edge. Besides, Russia also has a convergence of interests with the both states which makes a new triple axis of Beijing, Moscow and Tehran.

By contrast, the United States is losing interest in the Middle East. The region was once the linchpin of its foreign policy owing to the energy reserves it has as the former’s economy was entirely dependent on oil. However, with the discovery of shale oil, its reliance on the Middle Eastern oil has been diminishing. Now, the major US interest in the region is protection of Israel which could not be possible while having tumultuous and threatening neighbors around it. Also, the US new retrenchment strategy of reducing military spending around the world is compelling the Gulf countries to find new patronages for their survival.

The US focus has been shifting from the Middle East to Indo/pacific region. The U.S. Central Command General McKenzie has said that henceforth their focus will be on Indo/Pacific region where China is pursuing a path of confrontation by undermining
international law and behaving aggressively. The Chinese assertiveness in the Indian ocean, power projection in Taiwan strait, militarization of South China Sea and construction of military bases following its ‘’String of Pearl” strategy are ringing the tocsin in Washington as well in the capitals of its allies. This shift from the Middle East to Indo/pacific will unequivocally embolden Iran and disrupt the regional balance of power.

Additionally, the Turkish role in contemporary geopolitical shuffling is paramount. Turkey, under Tayyip Erdugan is pursuing an expansionist strategy for reviving the glories of Ottoman dynasty. He wants to influence the Muslim world through his pro- Islamic and anti-western posture which many Gulf countries consider a threat to their monarchial rule. The Turkish tilt towards democratic factions during Arab spring, support to the democratic regime of Muhammad Morsi in Egypt, and now its backing to internationally recognized Libyan government have created rifts between Ankara and its Gulf counterparts. Gulf countries consider every democratic propensity in their peripheries as a threat to their monarchial system which is why UAE tacitly supported Bashar ul Assad in Syria. According to a report of Russian Television, UAE offered three billion dollars to Assad for attacking the Turkish forces in Syria and the plan was later dropped by Putin interference. This shows that gulf monarchies will do anything to save their monarchial system even at the cost of regional peace.

In sum, the recent Arab/Israel bonhomie is a win-win situation for both parties. Israel, a small country, surrounded by enemies, has always faced existential threats. Its survival would not have been possible if there were no United State. Currently, Israel’s all eggs are in one basket and that basket belongs to the United States. In the long run, its security could be at stake if the US abdicate from its global obligations or no longer be able to protect it as history has witnessed the rise and fall of many great empires.

Moreover, the changing power centers and advancement of military technologies could bring Israel’s enemies at par with it. The only viable solution to Israel security is to have friendly neighbors with which it shares deep political, economic and cultural ties. Hence the two-state solution is in Israel’s own interests if it wants to survive in this anarchic world.

The writer is a columnist based in Islamabad.