Balochistan’s vegetables, fruits have huge potential for export to China

* Although sparsely populated, the province is the largest production base for apples, apricots, almonds, plums, pomegranates and grapes in Pakistan 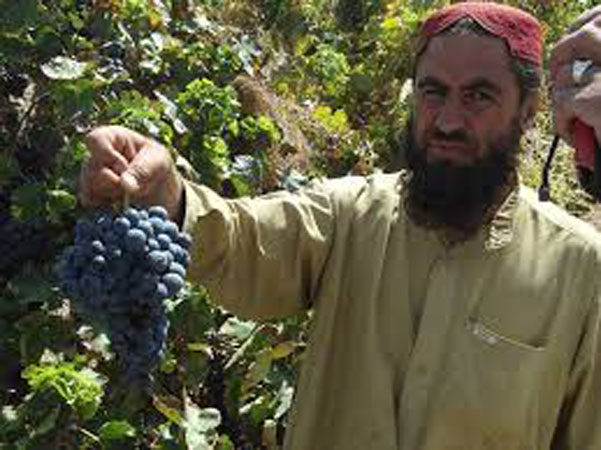 The vegetables and fruits of Baluchistan have great potential for export to China, says a report carried by Gwadar Pro on Sunday. Baluchistan produces major vegetables and some other fruits like Cherry at national level to earn the title of being “fruit basket of Pakistan”.

According to the report, although it is sparsely populated, Baluchistan is the largest production base for apples, apricots, almonds, plums, pomegranates grapes, etc in Pakistan.

Liaquat Shahwani, Spokesperson Govt of Baluchistan told Gwadar Pro that the establishment of a date processing unit at Panjgur is expected to undergo implementation shortly.

This intervention will add value to the commodity which is grown largely in the area but growers are deprived of legitimate profit margins,as they have to sell the raw Dates at throw away prices in the local markets.

“Proper processing shall also open up export opportunities. The initiative is also believed to boost much needed economic activities including employment in the far-flung area of Panjgur,” he said. The export potential of not only Dates but Onions as well are promising by all means.

Liaquat Shahwani stated that more than half million tons of Onions are annually produced in Baluchistan which if exported to China shall go a long way in uplifting the socio-econimc standing of onion growers who usually sustain heavy losses due to local market gluts during the harvest season. “Government of Baluchistan is giving due importance to the uplift of agriculture sector in development plans by making resources available for productivity enhancement, value addition and marketing of all major fruits produced in the province.

All these interventions are aimed at the well-being and prosperity of young farmers who are expected to take charge of the farming from their elders in times to come.” He further mentioned, the report added.

According to another Gwadar Pro’s report, Pakistani business community in China said they are looking forward to serve the country in a big way, provided they get the government’s support. This was stated by Mir Faisal Yaqoob, a Pakistani businessman who have been in China for 24 years. He came here in 1996.

He told Gwadar Pro in an interview that in 2001, he set up his own company in Yiwu. Before that, he was helping with his cousin’s business in Urumqi. “If we only talk about Pak-China trade, Urumqi is a hub for transportation. Xinjiang province is agriculture-based, so people there are much involved in the agriculture business.

Other things are not very easily available in the market.” Mir described the difference between the two cities.“Yiwu is a showroom for all of the commodities in China, where you can find products varies from needles to airplane parts.”

“Manufacturers like opening their showroom in Yiwu since more visitors tend to come here. Businessmen can stay in Yiwu for only two to three days and get everything they want. It can save a lot of time, which is the most important thing for trade,” he said.

Due to his extensive business experience in China, three years ago, Mir was elected as the chairman of Pakistan China Chamber of Commerce, while the chamber of commerce is still in the process of registration.

“More than two years ago, we put the chamber case in civil affairs with the recommendation of Pakistan embassy in China. We are still waiting for its final approval.” “If we make a team, we can do big things.To make the team, we need supports from our government.” According to Mir, there are already more than 150 member companies in PCCC.

“We have already discussed with a few departments and business communities in China who want to do joint ventures or start businesses in Pakistan. We can also help Pakistani manufacturers get a platform in China and improve Pakistan export. These are also the things we can do for our government.” “Pakistani government officials in China must keep in touch with the business community in China, especially the chamber of commerce and work together. Then we can do big things for our country, ” he suggested.