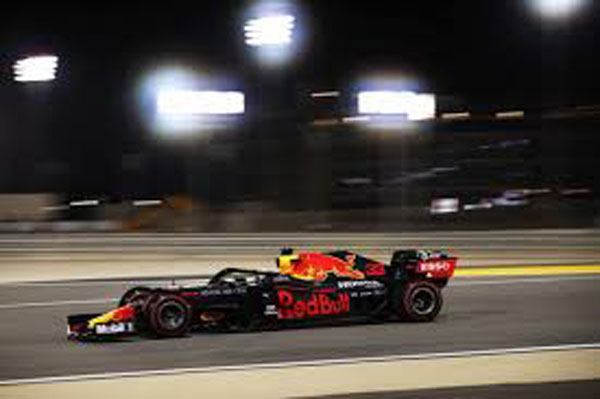 MANAMA: Max Verstappen set the pace for Red Bull on Saturday to deny Mercedes a clean sweep of Formula One practice for the Sakhir Grand Prix. The Dutchman lapped the shorter 3.5-km outer layout of the floodlit Bahrain International Circuit in 54.064 seconds to go 0.206 seconds clear of Mercedes’ Valtteri Bottas. The Finn appeared to have reasserted his authority as the lead driver at Mercedes after Lewis Hamilton’s stand-in George Russell stole the spotlight by setting the fastest time in both practice sessions on Friday. The 22-year-old Briton, a substitute for Lewis Hamilton after the seven-times world champion tested positive for COVID-19, was only seventh in Saturday’s final hour of practice, 0.6 seconds off Dutchman Verstappen’s time. The Sakhir Grand Prix is the first time Hamilton, who has already wrapped up a record-equalling seventh title, will sit out a race since he made his debut at the 2007 season-opener in Australia. The sport’s most successful qualifier by far, having taken his 98th pole position last week in Bahrain, the Briton’s absence could spice up the battle for top spot in qualifying later on Saturday.