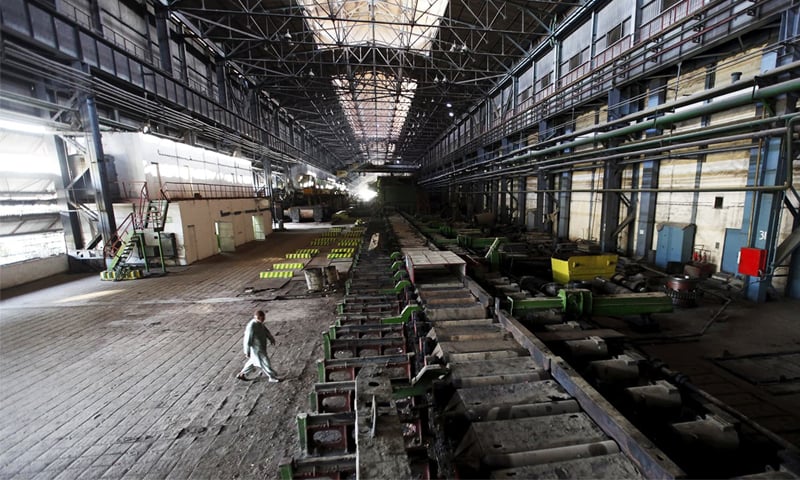 Several trains en route to Karachi or leaving the port city were cancelled on Wednesday after sacked employees of Pakistan Steel Mills (PSM) staged a protest by blocking the tracks.

Railway officials confirmed that two trains running between Karachi and Lahore, the Karachi Express and the Shah Hussain Express, were also cancelled due to track blockages. They added that all passengers with tickets of the cancelled trains will be fully refunded and if any passenger wishes to board a different train, Pakistan Railways will facilitate.

On the other hand, the sacked employees called off their protests on late Thursday night and relieved the blocked main railway track near Bin Qasim.

Sindh’s Minister for Labour Saeed Ghani on Wednesday thanked the PSM employees over ending their protest sit-in at the railway track. He was talking to a delegation of the employees who called on him.

“We condemn the government’s decision of retrenchment of the PSM workers and stand by the side of the workers,” Ghani said. “We will deliver the sacked employees’ demands to the federal government and if the government refuses to accept these demands, the workers have every right to protest,” Saeed Ghani said.

“Pakistan Peoples Party’s manifesto is to provide employment and not sacking people from jobs,” the minister further said. The Sindh government will form a committee to resolve problems of the retrenched employees of Pakistan Steel, the labour minister added.

Around 4,544 employees of Pakistan Steel Mills were fired in the wake of an emergency meeting chaired by the PSM chief executive officer (CEO) at the CEO Secretariat.

In June, the PTI led federal government had decided to terminate all 9,350 PSM employees, taking a giant but politically difficult step to stop years-long haemorrhaging instead of reviving the industrial unit.

The Economic Coordination Committee (ECC) of the Cabinet on June 3 had also approved to give the employees due monetary benefits along with one month salary that would cost the exchequer Rs18 billion to Rs19.7 billion. On an average, every sacked employee was estimated to receive Rs2.3 million.

According to a PSM spokesperson, the sacked employees belong to Group 2, 3 and 4 and include junior officers, assistant managers, deputy managers, managers, SEDGM and DCO employees.