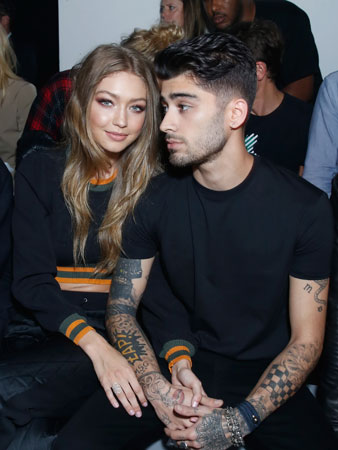 Zayn Malik shocked fans with his absence at Gigi Hadid’s first Thanksgiving after the birth of their first daughter.

A bunch of photos uploaded by Gigi showed how she celebrated the American holiday.

She first shared how turned chef for the night with an egg in the frame before she shared a picture of the ingredients blended together.

She then shared a picture of the table set up, featuring roasted corn and a bowl of candles. Gigi shared another photo from the dinner and said, “We hosted.”

However, something that troubled her fans was the fact that Gigi’s boyfriend Zayn Malik was nowhere to be seen in any of the pictures.

Nonetheless, it looks like Gigi and family celebrated Thanksgiving in a very cozy, intimate setting and fans are loving it!