The Weeknd fires back at Recording Academy for Grammys snub 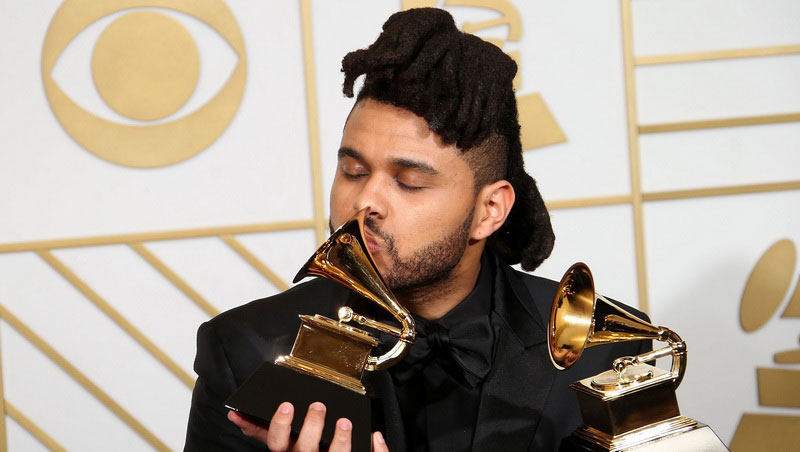 The Weeknd is making sure he has the last word. One day after the 2021 Grammy nominations were revealed, many fans remain shocked that the singer

didn’t receive any nominations. After all, his song “Blinding Lights” is one of the most successful tracks of the entire year.

On Nov. 25, The Weeknd took to Twitter with a message to The Recording Academy. “Collaboratively planning a performance for weeks to not being invited?” he asked online. “In my opinion zero nominations = you’re not invited!”

The message comes hours after The Recording Academy interim president and CEO Harvey Mason Jr. released a statement congratulating the nominees, along with acknowledging that this year saw a record number of submissions.

“We understand that The Weeknd is disappointed at not being nominated,” Harvey said. “I was surprised and can empathize with what he’s feeling. His music this year was excellent, and his contributions to the music community and broader world are worthy of everyone’s admiration.”

“We were thrilled when we found out he would be performing at the upcoming Super Bowl, and we would have loved to have him also perform on the Grammy stage the weekend before,” Harvey continued. “To be clear, voting in all categories ended well before The Weeknd’s performance at the Super Bowl was announced, so in no way could it have affected the nomination process.” But after the nominations were revealed, The Weeknd

made his disappointment clear to his loyal followers. “The Grammys remain corrupt,” he shared on

Twitter. “You owe me, my fans and the industry transparency…” One legendary singer coming to the Canadian-born artist’s defense is Elton John. In an Instagram post, the eight-time Grammy winner said “Blinding Lights” should be Song of the Year and Record of the Year. The Weeknd’s ex-girlfriend Bella Hadid

also showed her support by liking the post. While fans will have to stay tuned to see if the 30-year-old scores an invitation to the 2021 Grammys airing on Jan. 31, there is one event The Weeknd is guaranteed to be at. Yes, the “Can’t Feel My Face” crooner will perform at the Super Bowl Pepsi halftime show on Feb. 7. “We all grow up watching the world’s biggest acts playing the Super Bowl and one can only dream of being in that position,” he previously shared. “I’m humbled, honored and ecstatic to be the center of that infamous stage this year.”