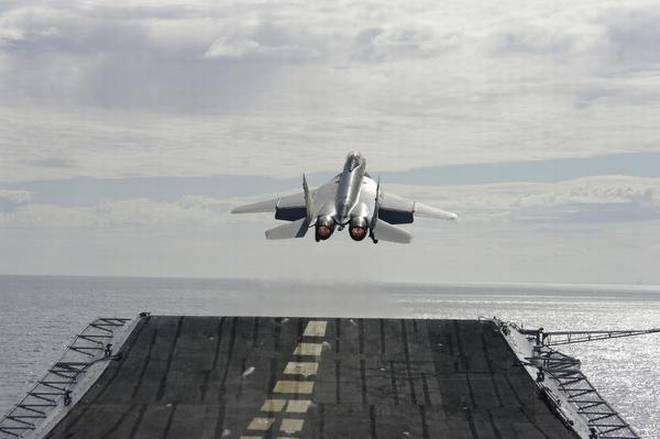 NEW DELHI: An Indian navy pilot is missing after a MiG-29K trainer aircraft crashed into the sea on Thursday, Hindustan Times reported.

According to the Indian publication, one of the pilots has been rescued in the accident that occurred at 5pm on Thursday.

“One pilot recovered and search by air and surface units in progress for the second pilot,” the report said quoting officials.

An inquiry has been ordered into the crash, the Navy added.

On November 16, 2019, a MiG-29K trainer crashed in Goa after engine failure due to bird hit. Both pilots ejected safely in the incident.

India had commissioned 45 MIG-29Ks from Russia, which are based in Goa and operate off aircraft carrier INS Vikramaditya.