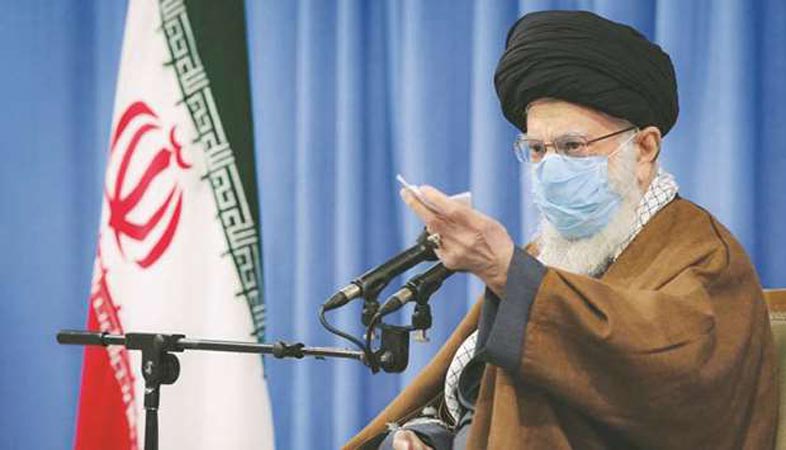 Iran’s supreme leader dismissed the prospect of new negotiations with the West on Tuesday, even as the Tehran government spoke optimistically about the return of foreign companies in “the absence of Trump” and his sanctions.

President-elect Joe Biden’s victory has raised the possibility that the United States could rejoin a deal Iran reached with world powers in 2015, under which sanctions were lifted in return for curbs on Iran’s nuclear programme.

President Donald Trump abandoned the deal in 2018, and Tehran responded by scaling down its compliance. Biden’s staff says the former vice president aims to restore the deal provided that Iran again abides by it. But diplomats and analysts have also said this was unlikely to happen overnight, as the adversaries would both want additional commitments.

Washington wants Iran to curb missile programmes which are not covered by the nuclear deal, and reduce its interventions in the Middle East. Iran has long said it will not negotiate over missiles, and no talks can begin unless Washington returns to the nuclear agreement and lifts sanctions unconditionally.

In remarks reported by state television on Tuesday, Supreme Leader Ayatollah Ali Khamenei expressed scepticism about the entire project of negotiating with the West. “We once tried the path of having the sanctions lifted and negotiated several years, but this got us nowhere,” he said.

“They interfere in regional affairs, they tell us not to intervene. And while Britain and France have nuclear missiles, they tell us not to have missiles. What does it have to do with you? You should first correct yourselves.” Khamenei has long criticised negotiations with the West. Nevertheless, he gave his ultimate blessing to the nuclear agreement when it was reached.

The US sanctions restored under Trump have since hit Iran’s economy hard, undermining pragmatist President Hassan Rouhani’s argument that opening the country up to the world would improve the quality of life. Government spokesman Ali Rabiei said on Tuesday that foreign companies were already preparing to return. “Recently, contacts about opening offices and the presence of foreign companies in Iran have increased,” Rabiei told a news conference that was streamed live on a government website.